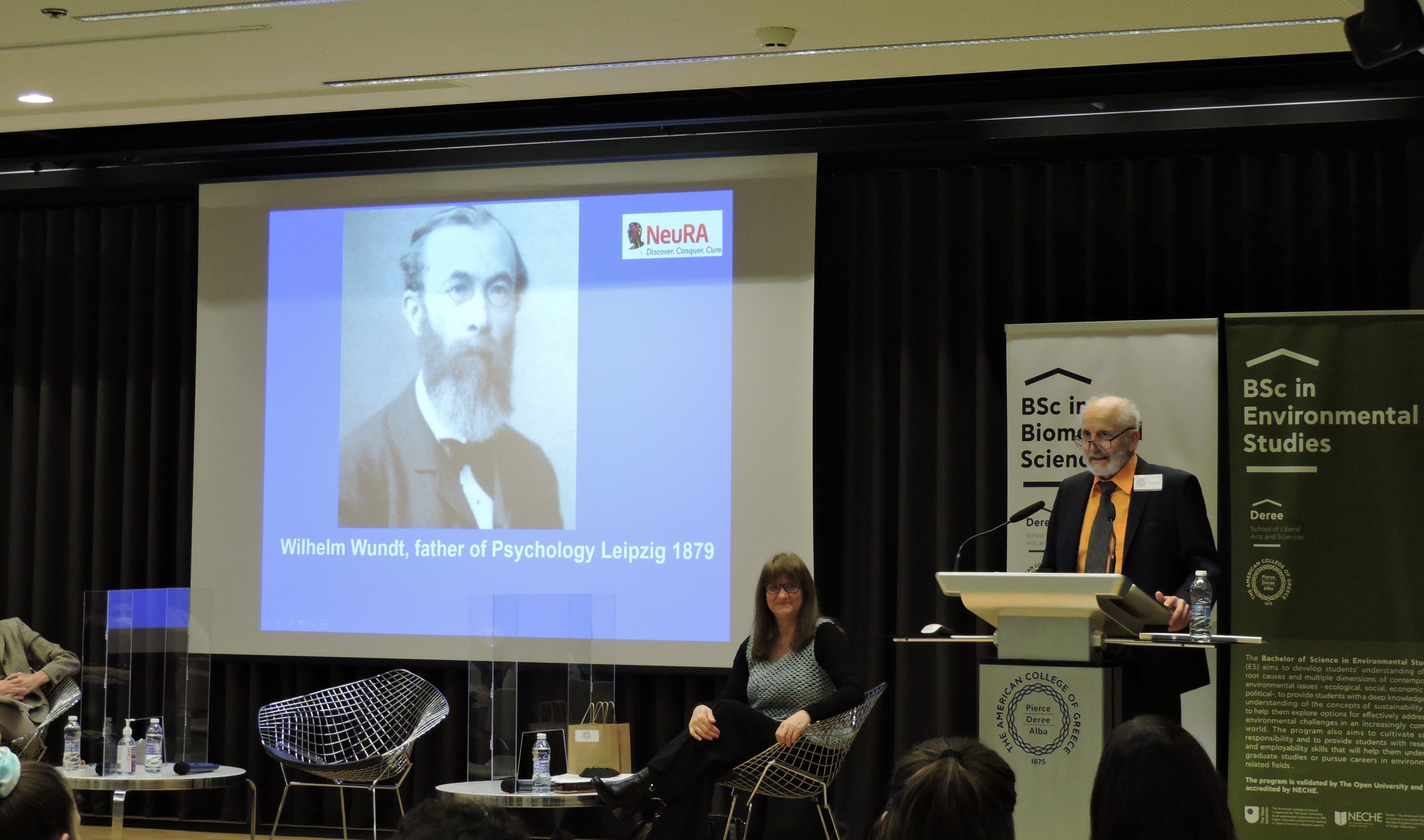 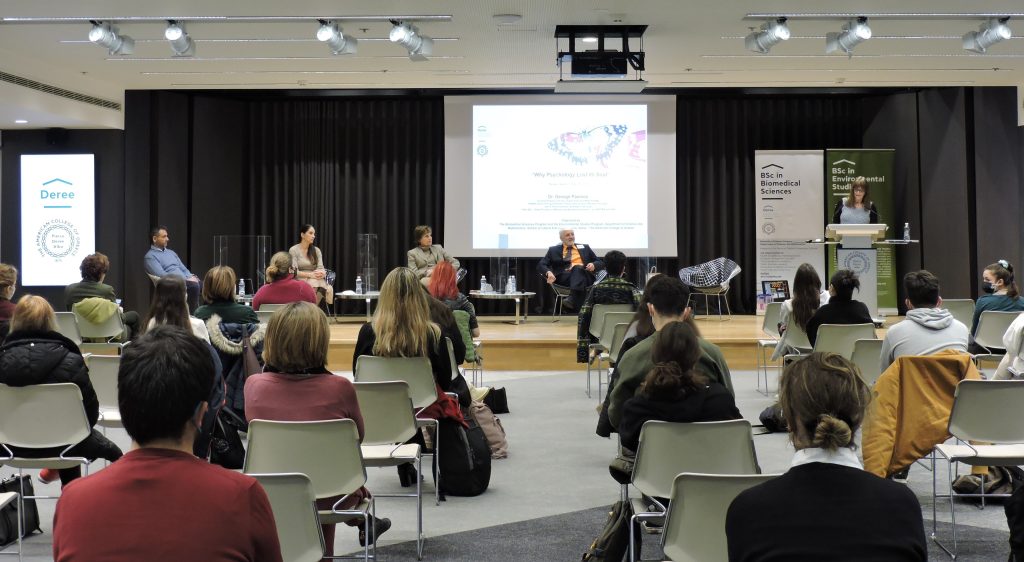 The event was organized by the Biomedical Sciences Program and the Environmental Studies Program, Department of Science and Mathematics, School of Liberal Arts and Sciences, Deree – The American College of Greece and supported by VP Claudia Carydis and the Office of Public Affairs.

Paraskevi Papadopoulou, Head of the Department of Science and Mathematics & Biomedical Sciences Program made the opening remarks, described some features of Professor Paxinos’ new book “A River Dιvided”, introduced him to the audience and moderated the discussion with the Panel of Deree Professors and the audience during the QA session. Approximately 70 Deree students attended this very insightful lecture.

Professor George Paxinos studied at Berkeley, McGill and Yale and was a visiting scientist at Cambridge University, Oxford University, Karolinska Institute, Stanford University and UCLA. He has discovered more brain regions than anyone in history and has published 58 books––his first, The Rat Brain in Stereotaxic Coordinates, has been the third most cited scientific book of all time, and his Atlas of the Human Brain has received awards from the Association of American Publishers and the British Medical Association.

Professor Paxinos argued that consciousness is dictated by brain activity. His talk raised many questions on the relationship between brain and mind and the ethical implications of behavior. He related his view of brain vs mind with a novel he published in 2021 which articulates much of his neuroscientific research as well as his environmental concerns. 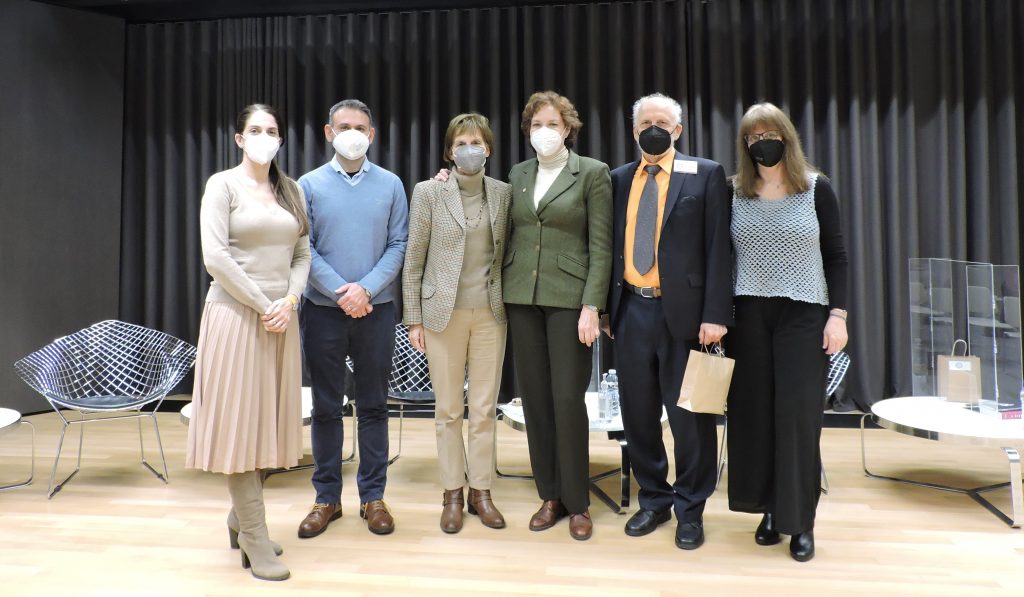 For more information about the event please follow the link here.

You may watch the event by clicking here.