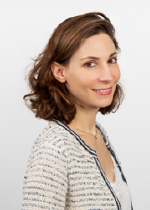 Upon her return to Greece in 2005, Eirini started her career as the communications advisor to the General Secretary of Information, at the Ministry of State (Epikrateias). From 2007 to 2015, she held roles of increasing responsibility at the pharmaceutical company Bristol-Myers Squibb – as Director of Public Affairs, initially for Greece and then for the European Markets. From 2015 to 2017, she was responsible for Executive Communications and Public Relations for Princess Tatiana of Greece, while also serving as Director of Marketing & Operations at the start-up TRIA ETC. In 2017, Eirini joined Johnson & Johnson (J&J) in Brussels as Director of Government Affairs & Policy – Europe, Middle East & Africa, for the company’s pharmaceutical business, Janssen. Since December 2019, she has held the global leadership position of Head of Strategy & Operations, Worldwide Government Affairs & Policy at J&J.

Q: What are three enduring values Pierce has taught you?

Non ministrari sed ministrare – or else: what matters is the impact we make on those around us. If you can dream it, you can do it. The saddest thing in life is wasted talent.

Q: Which is your fondest memory from your time at Pierce?

The carefree time on the school bus, planning our future paths. Little did we know!

Q: What do you miss most from your days at Pierce?

Being empowered, humbled and challenged to be the best version of myself.

Q: If you could go back in time, is there anything that you would do differently?

I would have greater faith that everything is possible.

Q: Where was your favorite spot on campus?

The theater stage – where we performed the “Medea,” under the direction of Mr. Tsatalis, and where I had the honor of giving one of the two commencement speeches for the class of 1999.

Q: Who was your favorite teacher and why?

Even though many teachers left their mark on my heart and mind, I would single out the late Professor Mpaloumis for encouraging me to write and ultimately become the editor-in-chief for the school magazine. Having just published my first novel this past June, I am grateful that he saw that “light” in me before I ever did.

Q: After graduation, have you maintained a relationship with your school and classmates?

With few exceptions, my closest friends are high-school classmates. It’s the people with whom we share unconditional love – for who we are and not what we have accomplished.

Q: Looking back, how did your time at Pierce help you become the person you are today?

My time at Pierce College taught me that we must fight for what we believe in and that there is always something greater than oneself. Only a few days after Ruth Bader Ginsburg’s passing, her famous quote – that there is an obligation to “do something outside yourself…something to repair tears in your community” – sums up perfectly what I strive to live up to, in my small way.

Q: What advice would you give a new Pierce student?

Work hard, be kind, and believe you can “make a dent in the universe,” as Steve Jobs said.

Q: Where do you get your inspiration from?

From people that take gambles on others and make their own rules.

Q: What is your motto in life?

That life is inherently and relentlessly fair; in retrospect, it all makes sense – just wait it out!