An open lecture by:

Where: Online via Zoom

This two-hour masterclass will begin by a brief introduction to the different existential approaches and the main existential therapists of each school of thought. Existential therapy is a philosophically informed approach to the understanding of ‘what it means to be human and of human suffering’, that does not have one originator but is based on the work of many theorists.

We will then focus on the importance of the therapeutic relationship and the parameters of establishing the therapeutic alliance. The primary task of the therapist is the creation of a ‘safe space’, what is often referred to as a “sanctuary”, in which client and therapist will be ‘present for the benefit of the one’. We will explore the ways in which this relationship will promote the well-being of the client and lead to a ‘corrective emotional experience’.

For existential therapy the relationship that is formed between client and therapist is a real relationship between two human beings. The therapist’s challenge is to remain open, authentic and present in an ‘I-Thou” encounter in which both change. The therapist’s ‘tools’ are his or her “disciplined original presence”, the ability to be there for the other with one’s full being.

We will be working on a case study providing a picture of the client’s self-constructed   world and the way in which the therapist reflects dynamically upon and processes the information received. This case study will illustrate the steps that are taken conjointly towards healing within the therapeutic relation. 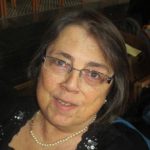 Evgenia T. Georganda, Psy.D., ECP, finished her doctorate in clinical psychology in Boston in 1986 and became member of the American Psychological Association (APA) and of Division 32 of Humanistic Psychology, where in 2018 she was nominated for the Charlotte and Karl Buhler Award. Since 1987 she is in private practice in Athens, Greece as a certified psychotherapist.  She has worked extensively with individuals with chronic and life threatening illnesses and is interested on the impact of death awareness on psychological change and growth. She has taught psychology in graduate and undergraduate programs in private colleges and the Greek university. Evgenia has also lectured at seminars and congresses in Greece and abroad. She is the author of three books and two albums and has participated in publications in Greece and abroad with articles for journals and book chapters. Always interested in the development of the existential approach in Greece she initiated, in 2002, a series of workshops in Athens for Existential Psychotherapy. These led, in 2004, to the formation of the core group of “gignesthai”, the Hellenic Association for Existential Psychology, where she is co-founder, trainer and supervisor. She is a member of the Association of Greek Psychologists (ΣΕΨ), of the Hellenic Psychological Society (ΕΛΨΕ) and of the European Association of Psychotherapists (EAP). In 2013 she was elected secretary of the National Organization of Psychotherapists of Greece (NOPG) and in 2019 membership secretary and member of the board of trustees of the Federation for Existential Therapy in Europe (FETE). 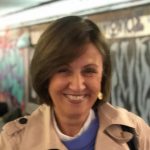 Katerina Zymnis Georgalos,, PhD, is a founding member, trainer and supervisor at the Hellenic Association for Existential Psychology, gignesthai. She works as a psychotherapist with individuals, families and groups and as a trainer and supervisor at gignesthai. She teaches in post graduate programs at Panteion University of Social and Political Sciences and at the University of Thessalia. Her area of interest in research is the process and outcome of psychotherapy as well as the use of qualitative methods of data analysis. She has contributed with her writing in several books and articles related to existential therapy and psychotherapy process and outcome.