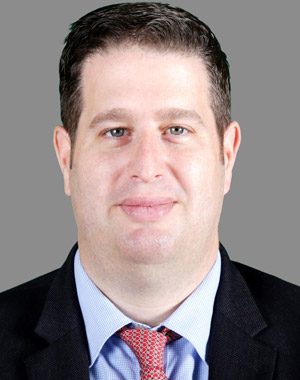 Born in Boston, Demetris Zenetos graduated from Deree in 1995 with a Bachelor of Science in Marketing Management. Demetris returned to the US in 1996 for his MBA at the Frank Sawyer School of Management at Suffolk University. Upon graduation, Demetris worked at the National Bank of Greece (US) and later in State Street Bank Corporation. In 2000, he moved back to Greece to work for BNP PARIBAS Securities Services, assuming the role of Project Coordinator for a series of process re-engineering projects, thus cementing his career change into Project Management.

In 2002, he joined the Athens 2004 Olympic Games, as a Project Manager for the Communications Division, before moving to several strategic engagements across the EU and the Middle East, such as Littlewoods Shop Direct (UK), UK Department of Work & Pensions, ABN AMRO Bank (Netherlands), Royal Bank of Scotland, Ernst & Young Academy of Business (Poland) and the Dubai Roads & Transport Authority (UAE).

Demetris’ wife (and fellow alumna) Marianna Skliri and their two young daughters, Nefeli and Natalie, live in Greece, while Demetris is a digital nomad working between Europe and Asia. He is currently working as a Strategic Advisor for the Arab Gulf Cup Football Federation while also consulting for the Qatar Football Association as the Head of Strategic Planning and Corporate Systems. Since 2018, he has further been involved in Esports and Community Sports Start-Ups while also becoming an esteemed international partner of a consultancy in the area of Business Transformation and Growth.

International Talent Day – with the traditional “bachelor” fund raising event at the end of the day.

Moments with the football team, and the annual trip to Thessaloniki for the tournament with Anatolia College.

The gym, always! As captain of the football team, and part-time assistant at the gym, this was the first and last place I visited on a daily basis!

Truthfully, I can’t just pick one. It was a really good time for professor-student relationships, from general studies like Professor Marcos in Sociology and Toufexis in Music, all the way to concentration studies with Ioannidis in Information Technology, and Koutsomitopoulou in Marketing. The relationship was cooperative and symbiotic, inside and outside of the classroom.

Almost all of my fellow footballers, and quite a few classmates! Facebook and LinkedIn have helped a lot in this process.

I cannot emphasize enough how important the Deree class projects and group assignments were in introducing me to real-life work cooperation and collaboration.

Stop complaining about what life throws at you, smile and push ahead!

Undoubtedly, my wife and two daughters. Especially since we are away from “home,” we rely and support each other on a daily basis.

“Be yourself, no matter what they say” – lyrics from the song Englishman in New York by Sting.