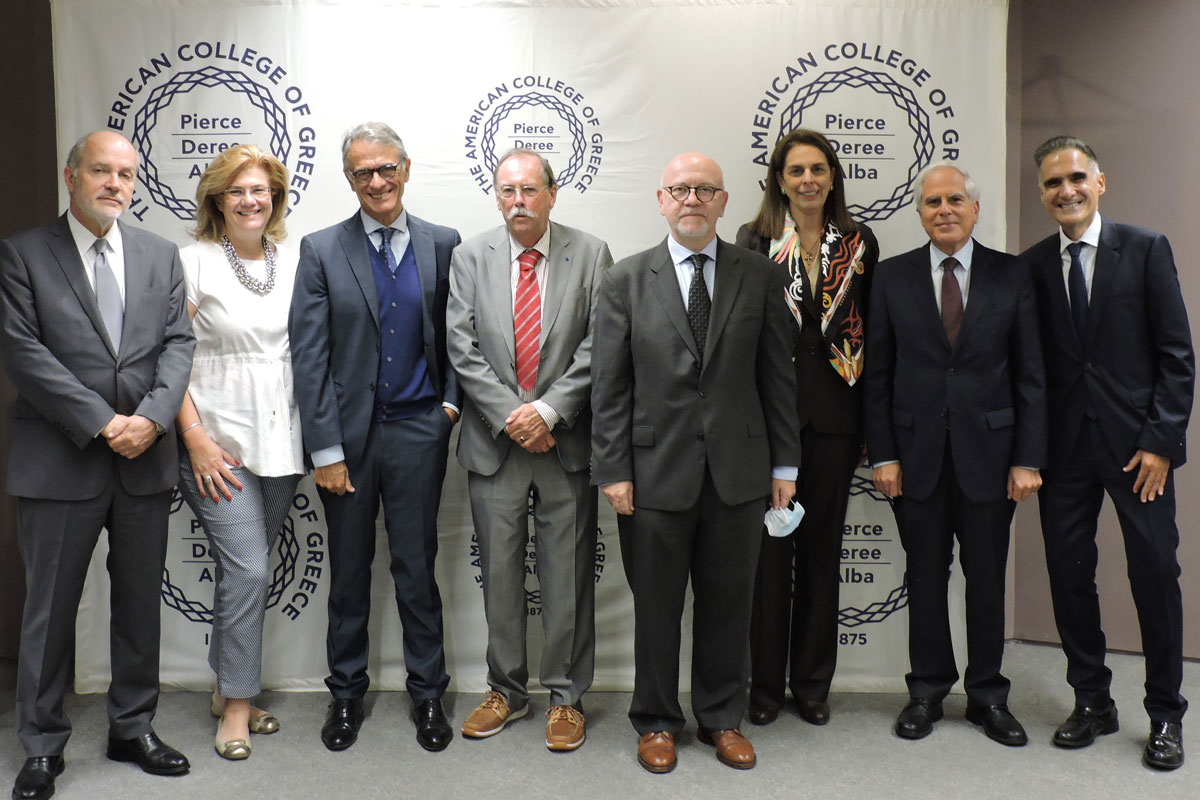 This year’s Eleftherios Venizelos Lecturer was Roderick Beaton, Emeritus Koraes Professor of Modern Greek and Byzantine History, Language and Literature at King’s College and Director of the Center for Hellenic Studies from 2012 to 2016. The topic of his lecture was on the contribution of European and American Philhellenes in the Greek Revolution of the 1820s – a topic of special interest, as Greece is celebrating this year the bicentenary of the Greek Revolution.

Professor Beaton is himself one of the most ardent and passionate of Philhellenes and without doubt, one of the English-speaking world’s leading authorities on modern Greek history and culture. In recognition of his impressive work, he was awarded, two years ago, the Medal of the Commander of the Order by the previous President of the Hellenic Republic and in November 2019 he was included in the “Greece 2021 Committee” responsible for the celebration of the Bicentennial of the Greek War of Independence. More recently he received the “Marianna Vardinoyanni Cultural Award” for the promotion of Greek Culture abroad and he was awarded, for the fourth time, the 2021 Runciman Award for his book Greece: Biography of a Modern Nation published in 2019.

In his lecture Professor Beaton noted that from the very beginning, the Greek Revolution was never a purely local affair, for Greeks alone. In April 1821 Petrombey Mavromichalis, who had raised the standard of revolution at Kalamata, issued a call for ‘the aid of all the civilized nations of Europe’. The call was answered, from just about every corner of the European continent and even from the still-new United States of America. The ‘philhellenes’, as they soon became known, were volunteers who risked and often lost their lives fighting in a war far from home. Many more were active back in their own countries, to stimulate public awareness through the press and pressure groups, and to influence policy-makers in their governments.

The main question that Professor Beaton addressed in his lecture was what motivated those volunteers to risk everything and come to fight in Greece? Some historians have suggested that the philhellenic movement in the 1820s marked the beginning of what we now call ‘humanitarian intervention’. Others have seen the volunteers as deluded idealists, adventurers, or even spies. But Professor Beaton argued that the philhellenes were prepared to risk their lives in ‘somebody else’s war’ (the title of his lecture) because they believed that they, too, had a stake in the conflict. The Ottomans stood in the way of an emerging new Europe, built on classical foundations, that the philhellenes saw as their own.

In the end, though, it was not by winning battles that the philhellenes influenced the outcome of the conflict, but rather as the wedge in the door that forced the governments of the European powers to take a hand. As Beaton stressed, the involvement of the philhellenes, right from the beginning, ensured the internationalization of the Greek struggle – and therefore, ultimately, its outcome in the creation of the independent Greek nation-state that we know today.

The event was held in hybrid format on October 11, 2021 at ACG Events Hall and was attended by distinguished Ambassadors, Faculty, and students. A lively and constructive discussion followed, moderated by Professor Haris Vlavianos, Professor of History and Politics at ACG.

The lecture was organized by the American College of Greece under the auspices of the “Greece 2021” Committee on the occasion of the bicentennial celebration of the Greek war of independence.

The video of the event is available here.

You may view the event’s photo gallery here.