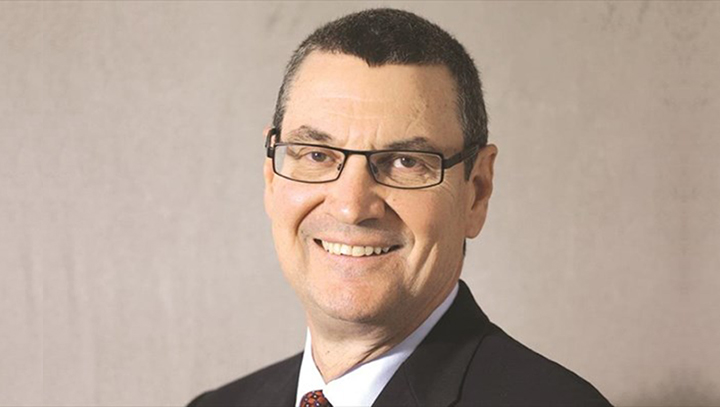 Dr. David G. Horner, President of The American College of Greece (ACG), recently spoke to Sophia Emmanuel from the newspaper Naftemporiki about education within the 21st century economic and employment context.

The mismatch between supply and demand concerning the employment market, shows perpetual weaknesses. What do you think the problem is and what will it take for this gap to close?

The 21st century economy poses universal challenges for all higher education systems, including but not limited to Greece. Globalization and technological innovation are changing employment requirements in unprecedented ways. Educational institutions need to be attuned to rapidly changing market needs and to be both sufficiently agile and sufficiently autonomous to be able to alter curricula and pedagogy to accommodate these needs. Students also need to be free to select academic programs that fit their interests and abilities and where they see a reasonable prospect for employment. In “mutually accountable” national higher education systems (e.g. the U.S. system), institutions select their students and students select their institutions. The current Greek system, at least in public universities, is not based on this “mutual accountability”. Freeing both institutions and students to make choices would be a major step in the right direction of aligning employment supply and demand.

Do you believe that the candidates for the employment market possess adequate qualifications and skills?

Given the 21st century economic and employment context just described, graduates from higher education institutions need both skills and a sound intellectual foundation. For some entry-level, especially technical, positions specific skills and/or credentials are required. But, in the longer-term, the most important skills are those that will stand the test of time (e.g. the ability to think critically; to express one’s thoughts clearly and persuasively – orally, in writing, using various media; to work effectively with others; to be a continuous learner). These skills will allow graduates to adapt to changing employer needs over time. Further, every graduate should ideally bring an understanding of the major domains of human knowledge and creative expression (e.g. natural and social sciences, humanities, arts) as well as an appreciation for the diversity of human culture and the importance of moral responsibility – these are the major pillars of what I regard as a “sound intellectual foundation”. Feedback from the market suggests that in many cases employers are not able to find sufficient candidates with these qualifications and skills. Therefore, students would be well served to choose educational options that offer development in the areas outlined above.

Do you think that private education in Greece equips young people with the necessary qualifications for their professional wellbeing?

I cannot speak for all private education in Greece, but I can say that the educational program at The American College of Greece (ACG) – Deree is designed and intended to produce graduates with the capabilities and characteristics described above. Further, because we are free as a private institution to admit or not to admit the students who apply to us and because the students are also free to select ACG – Deree or not, we function with the kind of “mutual accountability” I spoke of earlier. Recent and long-term employment results for ACG graduates suggest employers find our students bring the skills and backgrounds employers are seeking.

In the last couple of years, private education in Greece has undergone significant institutional changes. Do you believe there are serious issues/mistakes to be considered? What kind of reform do you think is necessary?

Starting with the reforms introduced by the Greek government in July 2008 (my first month as president of ACG), the general trend line has been towards more openness to private higher education. If the goal is to introduce more “mutual accountability” into the Greek higher education system, I am certain that this is directionally correct. Long-term, the optimal move would be the removal of Article 16 and the allowance of private universities in Greece (as well as increasing autonomy for public universities). In the short-run and to move in a constructive direction, there are numerous provisions of current Greek law not required by Article 16 that could be amended (e.g. removing the prohibition of public university professors teaching in private colleges).

Does private education offer competitive services in comparison to public education? How important is the international experience to students (or does it reinforce the brain drain?)

Again, I cannot speak for all private education. As far as I am aware, however, ACG’s profile is unique among private institutions in Greece and more than competitive with the educational experience offered by Greek public universities, for example: over 3,000 undergraduate students from 70 countries; study abroad students from 150 international universities and colleges; over 700 graduate students (Deree & Alba);65-acre main campus with the full range of “American campus” facilities – classrooms, labs, studios, extensive library, multiple theaters, 2,000 seat gymnasium, various food venues (e.g. Starbucks); full-time faculty as mentors for students inside and outside the classroom; rich student life programming (e.g. academic clubs and societies, career planning, intercollegiate athletics and recreation, service learning projects); high quality student housing; international and domestic internships with leading, multinational companies; outbound study abroad with prestigious universities (e.g. Cornell, Emory, Stanford); alumni network 0f 54,000 worldwide. “Internationalization” (sending/receiving students and faculty and international internships) has been one of our highest priorities in recent years. We see these experiences as invaluable in preparing students to succeed in a global marketplace and, ultimately, in developing Greece as a sustainable 21st century economy – a necessary transition in order to move from “brain drain to brain gain”.

Which are the comparative advantages of the American education system?

The primary advantage of the U.S. higher education system is its institutional diversity: public/private, large/medium/small, secular/religious, comprehensive/specialized, coed/single-sex, urban/suburban/rural, research focused/teaching focused etc. This diversity allows students to select the learning environment that will bring out the best in them. U.S. public policy has supported this diversity in various ways; for example, the federal government allows students to apply their federal financial aid to support attendance at a public or private university.

What does the not-for-profit character of the American College of Greece consist in?

ACG is organized identically to the most prestigious private colleges and universities in the U.S. (e.g. Amherst, Harvard, Princeton, Yale, MIT, University of Chicago, Stanford, Williams), namely, as a non-profit educational institution. Operationally, this means that ultimate authority rests with a volunteer, uncompensated board of trustees to whom the president reports. It also means that no institutional funds are distributed to shareholders – because there are no shareholders or owners. U.S. non-profit educational institutions are sometimes identified as “independent” rather than “private” to make clear that their purpose is not financial gain for the benefit of an individual or group of individuals. In this sense, ACG’s purpose or mission is closer to Greece’s public universities than to Greece’s for-profit private colleges.

You undertook the presidency of Deree in 2008, which coincided with the start of the crisis. During these years ACG services have grown significantly. Which do you think is the most important achievement in this decade?

It is true that ACG has grown and developed in many ways since 2008, for example, our total enrollment has grown by essentially the same percentage (25%) as the Greek economy has shrunk in this time period. In my mind, three of our achievements in higher education (excluding Pierce, our high school, which has made huge gains since 2008) stand out. The first is the increasing academic quality and diversity of the Deree student body (e.g. this fall nearly 50% of new Deree undergraduate students will have a high school graduation average of 18 or higher). With respect to diversity, complementing the majority of Deree undergraduates (Greek students studying exclusively at Deree) are Greek public university students (over 500 annually), who are taking either full degrees or specialized “Certificate Minors” at Deree, and a similar number of study abroad students, primarily from U.S. universities, colleges and community colleges. This is a unique mix of very strong and diverse students who enrich the classroom and the campus.

The second achievement is the growth of our graduate student body, which has increased seven-fold since 2008. In addition to the more than 700 students enrolled in Deree and Alba graduate degree programs, hundreds more are served through Alba’s executive education and Deree’s professional education offerings.

Our third achievement is ACG’s increased commitment to financial aid. In 2008, ACG’s total student financial (including Pierce) was less than €1million. In 2017–18 this commitment will exceed €6million. For example, today nearly 50% of Deree undergraduate students receive some form of financial assistance.

Looking forward, our hope is to invest in educational initiatives that will not only continue ACG’s positive trajectory but also will meaningfully contribute to Greece’s growth.

Read the interview (in Greek) published on Thursday, August 24, on Naftemporiki.