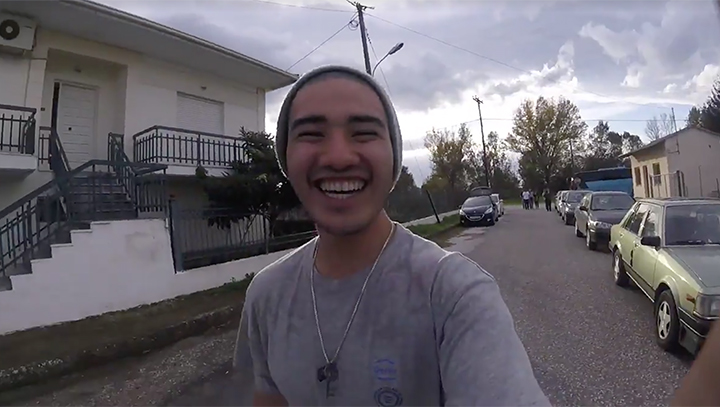 “When refugee children sang me a song of peace and friendship in the midst of being forced from normal life is the moment I realized that life goes on. And such moments would not have been possible without my Study Abroad experience.”

The International Institute of Education is a prestigious organization that has been advancing international education across borders. Established in 1919, in the wake of World War I, by Nobel Peace prize winners Nicholas Murray Butler, President of Columbia University, and Elihu Root, former Secretary of State, and Stephen Duggan, Sr., Professor of Political Science at the College of the City of New York, IIE had a very clear mission since its very beginning: “A peaceful, equitable world enriched by the international exchange of ideas and greater understanding between people and cultures.” Nearly a century – and over 700 people – later, IIE remains committed to its work of furthering all aspects of international education, including studying abroad.

Sharing the same vision – that traveling and experiencing the world is key to a young individual’s future success – Deree, through its Study Abroad Program, offers students such life-changing experiences as Zach’s story. “Study abroad is so formative and crucial to creating the next generation of global citizens”, admits Zach who was majoring in Finance at Marquette University, Milwaukee, before his Study Abroad semester at Deree – The American College of Greece. It took one trip to Greece, and Deree, to awaken him to his true calling. Coming to Athens and seeing the refugees was enough to change his focus from stocks, loans, suits, and the world of high finance, to compassion, compassion, compassion – and his major, from Finance to Innovation and Entrepreneurship!

“I believe my experiences with refugees and having the world as my classroom have prepared me well for the entrepreneurial profession” says Zach who ascribes to Deree his transformation “from a business savvy capitalist into a compassionate young entrepreneur seeking to empower others using the same business principles in the classroom” and plans on launching a startup with micro-loans for people in poverty.

Congratulations to Zach Wierschem for his inspiring vision, courage, and humanitarian work, and wishing him luck with his future plans!

To see the video that landed Zach the 2017 IIE and New York Times in Education Global Citizenship Award, click here.