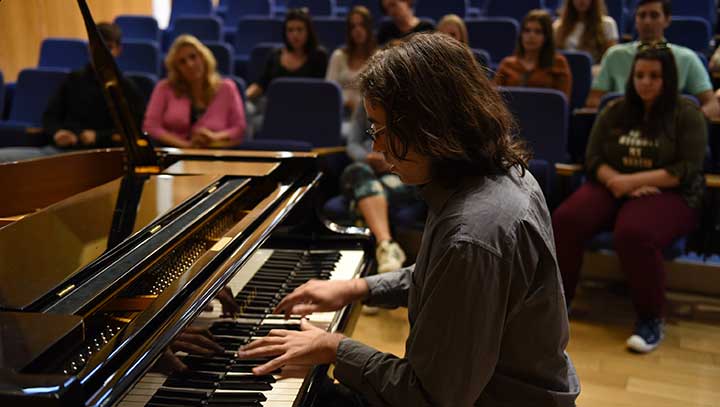 The festival’s rich program includes two concerts by the Piandaemonium ensemble consisting of six pianos and twelve pianists, five recitals of distinguished soloists with international careers, and concerts by such young artists as Christos.

Christos will perform Prelude in E major by C. Yonas, Scriabin’s Fantasie Op.28, 15 Little Variations by N. Skalkotas, and Chopin’s Ballade no.4, on Sunday, November 19 at the Alternative Stage of the Greek National Opera in the Stavros Niarchos Foundation Cultural Center.

Christos Gionas-Kontos, born in 1993 in Athens, is a Hellenic American Educational Foundation alumnus, and a graduate of the International Baccalaureate Diploma program. In 2016 he received his Piano Diploma with Distinctions from the Musical Horizons Conservatory accompanied by Betty Gaitanou Barzouka. During his musical studies at the University of Melbourne, Australia, he studied piano with Stephen McIntyre.