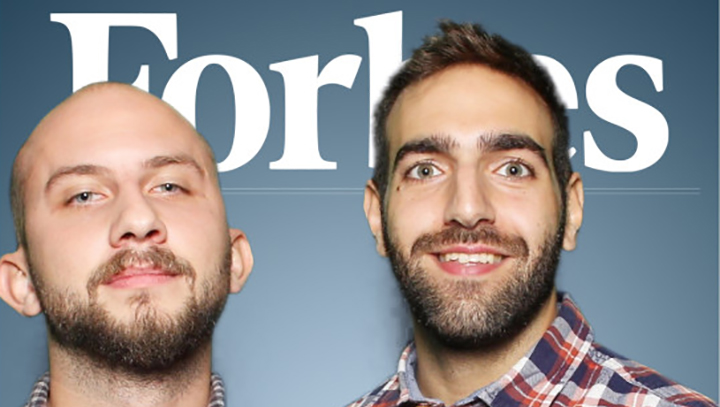 Kostapanos Miliaresis and Christos Panagiotou are two young and enthusiastic entrepreneurs who aspire to change the world for the better by putting their creativity and perseverance to good use.

Ethelon is their dream come true; an organization that promotes corporate volunteerism in the global society. Back in 2012, this group of Greek entrepreneurs founded GloVo, a global volunteers’ platform that connects volunteers with social events. Then the platform merged with Volunteer4Greece in 2016 to create Ethelon, a unified NGO that continues to make volunteering easier, not only in Greece but across the globe.

Their success became noticed by the Forbes team who went on to list them among the “30 under 30” Social Entrepreneurs in Europe and in the ensuing conference that took place in Boston earlier in November.

“Our participation in the Forbes 30 under 30 Conference has been a once-in-a-lifetime experience. On top of Ethelon, we had the honor of representing The American College of Greece; an institution of major importance to us that believed in us, supported us and is still by our side to this day, giving us the chance to make the most of this huge opportunity, and to support once more young entrepreneurship in Greece.”

Well done to them!