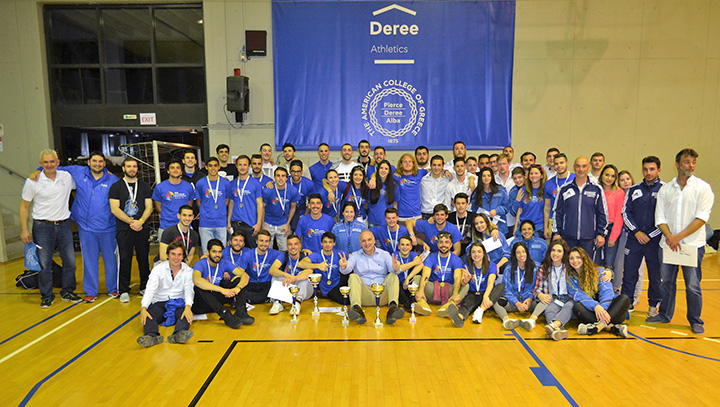 Deree student-athletes had an impressive performance throughout the ISF, since they won first place on both men’s basketball and men’s soccer and received a total of 8 medals.

The National Technical University of Athens achieved the best results in the event by winning a total of 9 medals in 7 different sports, including 4 gold ones.

The ACG 2018 ISF closed with an Award Ceremony where distinguished guests from the ACG community, including President David G. Horner and event sponsors had the opportunity to applaud all participant student-athletes and congratulate the medalists.

The ACG 2018 International Sports Festival was organized by the Deree – Office of Athletics and was sponsored by Iaso General and RedBull.