Female Entrepreneurs and Venture Capitalists (VCs): Realities, Opportunities and Challenges in the Greek and Israeli Ecosystems 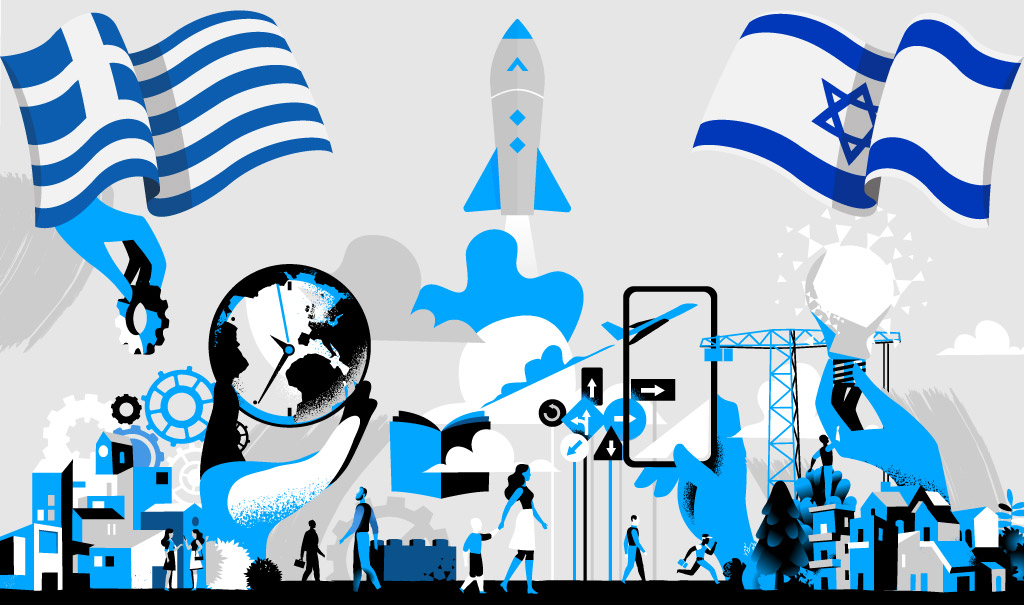 When: Wednesday, November 9, 2022 | 10:00 - 17:00 Where: ACG Events Hall, The American College of Greece 6 Gravias Street, 153 42 Aghia Paraskevi Οrganized by the Entrepreneurship Management Program of the

Οrganized by the Entrepreneurship Management Program of the School of Business and Economics, Deree-The American College of Greece
in collaboration with Hameizot, Female Founders Accelerator of Israel

About the event
This event celebrates innovation and entrepreneurship by female leaders and VCs.
Renowned speakers from Greece, Israel and USA will share their experiences and best practices addressing all aspects of the startup ecosystem.

If you are interested to attend, please register by November 2, 2022.

Bios of the speakers/moderators
(in alphabetical order) 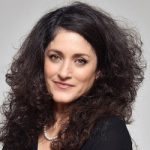 Lela visualized Nannuka in 2013 and today, Nannuka.com is the largest online care destination in Greece and currently available in Cyprus with substantial market presence.  Lela’s inspiration to found Nannuka came from her own life experiences.  A mother battling between care for her two small children and work load, Lela was challenged to find care and knew technology was the answer.  Along with Natalie Levi, Nannuka soon came to life and thousands of parents received their helping hand.  For her advocacy and work at Nannuka, Lela has been included as one of the 100 women entrepreneurs in Europe at Forbes and one of the “40 under 40” successful entrepreneurs at Fortune’s magazine and has also been interviewed by several respected media across Europe.
Lela graduated from The American College of Greece, and has also received her MA from City University London. 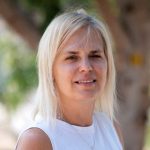 Tali is a business strategy and entrepreneurship expert with vast hands-on experience in the establishment, management and investment in start-ups.

Tali was a CEO and co- founder of several start- up companies in Israel and has extensive experience in start- up maturation and turning an idea into a commercial product.  She was a co- Founder and CEO of a food tech start up that was later publicly traded (NASDAQ) and acquired by a global corporation. 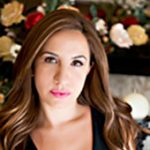 Barbara Geladakis is a doctor of Medical Biopathology (Hematology, Microbiology, Blood Transfusion and Immunology).  She is mainly focused on research in the field of reproductive immunology and is currently a PhD candidate in the highly productive research subject of female sub-fertility. Barbara Geladakis’ research into the reasons of early pregnancy loss has brought her national and international recognition. Her research results have important applications clinically and she has filed for two international patents.  Barbara received her Medical Degree from the University of Belgrade and is currently PhD candidate. 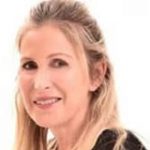 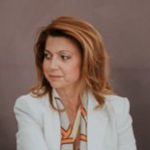 Business angel, impact investor and serial entrepreneur, focusing on investment opportunities in the tech space that mobilize capital and resources towards positive social and innovative seed and start-up-ventures.  Maria is an active member of EBAN (European Business Angel Network) and of EBAN Health Committee. Her career started in finance, whereas she has initially gained her experience and her profound knowledge of the international capital markets through asset management positions, focused in equity fund management and portfolio allocation.
She is a coach, mentor and advisor on sources of financing to start-ups, and she is focused on building the European ecosystem, while she is committed on the power of entrepreneurship, social impact and innovation. 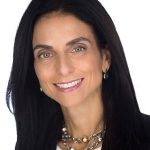 Marina Hatsopoulos was Founding CEO of Z Corporation, an early market leader in 3D printing out of MIT, from 1994 through its sale in 2005.  She is Board Chair of Levitronix Technologies, the worldwide leader in magnetically-levitated bearingless motor technology, and President of Hellenic Innovation Network.  She is on the MIT Corporation Visiting Committee for the Department of Mechanical Engineering.  She is on the Advisory Board of the Nantucket Conference, MIT Enterprise Forum Greece, Eurobank’s EGG incubator, Mindspace Startup Program and MIT ReACT.  She was a member of the National Board of Research & Innovation for the Republic of Cyprus.  She was a Director of Cynosure Inc., a $400 million leader in the laser aesthetics market; the GSI Group, a $300 million supplier of laser-based equipment; and Contex Holding, a $100 million leading manufacturer of large-format scanners.  She was an investor and Director of Dear Kate performance apparel and Tea Forte, a luxury tea brand.  She has also written articles, essays and short stories which appear at windystreet.com and have been published in Venturebeat, CEOWORLD Magazine, Antioch Review, Bellevue Literary, and numerous other journals.  She holds B.A. degrees from Brown University in Math and in Music, and an M.S. from the Massachusetts Institute of Technology in Mechanical Engineering. 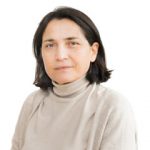 Maria Pallidou has been a member of the faculty of the School of Business and Economics since January of 2017 and has taught courses in Finance and Management (Entrepreneurship).

She has a career spanning 30 years, primarily in Corporate Finance having served in the positions of Country CFO and Regional Finance Director in Greece and the Europe-Middle East and Africa Region in the Consumer Products, Agrochemicals, Apparel and Health Care Industries. Maria Pallidou has more recently worked in Project Management and Management Consulting for domestic and international companies and is currently CFO and Co-Founder of a high med-tech start-up operating in the Health Care Industry. 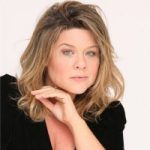 Lihi Pinto
Founder and CEO of Triple and Co, Co-Founder of syte.ai

Lihi has over 15 years of experience in investment banking and high-tech entrepreneurship.  She co-founded Syte, the world’s first end-to-end product discovery platform. As CRO, she successfully raised over $70 million in funding and built a SaaS ‘machine’ that saw the company’s revenue triple again and again, ranking among the top 1% fastest-growing SaaS companies worldwide.
Triple and Co. is a consulting company for SaaS startups where Lihi now offers the benefit of her hindsight to help entrepreneurs and their teams triple their revenue, and reach their growth milestones faster. Lihi earned a BA in Business Studies and Management Cum Laude from the College of Management in Israel. 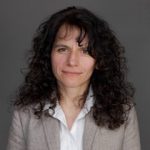 Katerina Pramatari is founding partner at Uni.Fund, a €30M Greek VC fund -active in the tech-transfer and innovation window of Equifund- that invests in start-ups and spin-offs at pre-seed and seed stage, supporting the growth of new ventures and leveraging the hidden potential that exists in the Greek Universities, R&D and Tech Space.  Katerina has extensive entrepreneurial experience and has been the founder of two technology start-ups.  She also serves as Associate Professor at the Department of Management Science and Technology of the Athens University of Economics and Business (AUEB) and is among the top European experts/academics in the fields of Internet-of-Things (IoT), retail and business analytics.
She is a key founder of ACEin, a leading University accelerator that has been awarded for bridging the corporate world with University start-ups. Over the last years she has supported various teams in the setup of their own ventures and has been among the initiators and supporters of various activities fostering youth entrepreneurship. 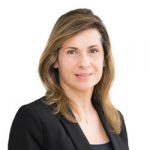 Annie Triantafillou received her PhD from the University of Manchester – UK in December 1992. She has been teaching at the Economics Department of Deree – The American College of Greece since June 1993. Dr. Triantafillou has been teaching both undergraduate and graduate courses in the areas of macroeconomics in general and financial economics in particular, including banking, monetary theory, portfolio theory, and risk management. She was Head of the Department of Economics and Social Studies during 2005-08 and MS in Finance Program Coordinator during 2006-09. She held the post of the Assistant Dean of the School of Arts and Sciences from December 2007 to December 2009 and the post of the Associate Dean of the School of Arts and Sciences from January 2010 to August 2011. Dr. Triantafillou was a weekly columnist for the financial newspaper KERDOS from 1999 to 2011. She is an applied economist and her current research interests relate to real estate, shipping finance, banking and investment. Her recent research has been published in Transportation Research, European Research Studies, Applied Financial Economics, and Journal of Applied Business Research. 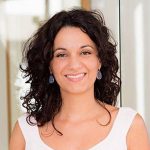 Dr. Katerina Voutsina is an Assistant Professor and Program Coordinator of Entrepreneurship Management at Deree – The American College of Greece. She holds a PhD from the Department of Management, London School of Economics and Political Science, an MSc from the Department of Marketing, Athens University of Economics and Business and a BSc from the Department of Economics, Athens University of Economics and Business. Prior to joining Deree, she was a research fellow/lecturer in the Department of Management at the London School of Economics and a visiting lecturer at Warwick Business School. Her research interests focus on the cognitive, organizational and socio-economic aspects of technological innovation and entrepreneurship. She was involved in England’s National Programme for Information Technology by evaluating the implementation and adoption of nationwide electronic health records in secondary care in England. For several years she has been serving as a reviewer for scholarly journals and academic conferences. Her work has been published in internationally referred journals and presented at international conferences. 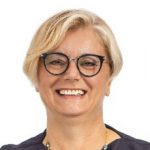 Almeda Ventures is the first HealthTech focused public R&D partnership.  Dr. Yaniv has more than 25 years of experience in the venture capital, pharmaceutical and biotech industries.  As a senior manager, skilled physician, and experienced board member, she possesses a highly developed combination of leadership, decision making and business skills.  Irit has been a partner at Accelmed since 2012.  She served as an Executive Director and Chairperson of Accelmed’s Innovation Hub portfolio companies.  During this time, she led Eximo from pre-clinical development through acquisition.  She is a co-founder of [email protected], a program aiming to propel junior women managers to executive positions in the health tech sector by mentoring them and putting them through an eight-month program of lectures and networking events.