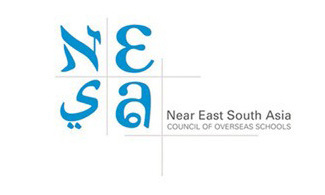 The American College of Greece would like to express its gratitude to Near East South Asia Council of Overseas Schools (NESA) for its long-standing relationship with ACG as well as for the establishment and continuous support of the NESA Scholarship at ACG.

Based on NESA’s mission and vision and in their effort to maximize learning, the trustees of the Near East South Asia Council of Overseas Schools established in 2001 the NESA Scholarship at ACG.

To maximize student learning, NESA serves member schools by facilitating sustainable and systemic school improvement based on the best practices of American and international education.

It is given for one academic year to one or more students entering or continuing at the College who originate from one of the countries served by the Near East South Asia Council of Overseas Schools.

Renewal of the award to the same recipient is possible.

This past year the scholarship was awarded to two DEREE students who are grateful for this great assistance:

“Without doubt, this scholarship will play a key role in achieving my educational dreams. Because of your generosity, the financial burden placed on me to pursue my education will be reduced.”

“Apart from the economic aspect of the scholarship, I have also gotten motivation. As soon as I found out how important it is to be a promising student and be active in the student life at DEREE, I realized that I had an opportunity to achieve things that I probably would not have otherwise.”

"NESA is grateful for our long-standing relationship with the American College of Greece.   We see ourselves as partners with ACG in “…adding distinctive value to the lives of our students … through transformative teaching, scholarship and service”.

For more information about NESA and its activities please click here. http://www.nesacenter.org/