customize
Home » Why Give » Gifts of Note » Thank You Nikos Koumettis! 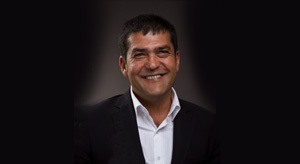 The American College of Greece (ACG) is grateful for the work and dedication of ACG Trustee Mr. Nikolaos (Nikos) Koumettis (DEREE ’86), who continues to inspire with his spirit of giving.

Nikos Koumettis joined the Board of Trustees of The American College of Greece in 2010 and serves as chair of the Enrollment and Marketing Committee.

In 2014, Mr. Koumettis graciously established the Petros & Ritsa Endowed Scholarship for DEREE students, in honor of his parents.

When asked to name the top reasons why he gives so much of his time and services to DEREE-ACG, Mr. Koumettis notes that “DEREE is the top educational institution in Greece in terms of the quality of faculty and the quality of the academic offerings, as well as the quality of the campus. I believe that it is very important for there to be good quality international education so that students can have options.”

Another reason Mr. Koumettis gives so much of his time to DEREE is “because there is tremendous diversity. There are students from 59 countries and professors from 11 countries, which is very important for a country, which isn’t so exposed to diversity.

The third reason is that because I am an alumnus and I taught here from 1989 to 2000 (International Marketing and Sales Management), and I am very personally invested.”

Mr. Nikos Koumettis President, Central & Southern Europe Business Unit of Coca-Cola, is one of the most distinguished Greek leaders at the helm of a multinational company with a huge global presence. He studied Marketing-Management at DEREE-ACG, earning his BSc in 1986 followed by his MSc in International Marketing from Strathclyde Business School, in Scotland.

He was named President, Central & Southern Europe Business Unit of Coca-Cola in 2011. Prior to that, he served as President of Coca-Cola Ltd in Canada from June 2008-March 2011 and led the Coca-Cola Company’s Adriatic and Balkans Business Unit, based in Bucharest, Romania from 2003-2008.

Before joining Coca-Cola in 2001, Mr. Koumettis served in marketing roles with Kraft Jacobs Suchard; sales and distribution roles with a large Greek distribution company, Elgeka; and in commercial and logistics functions for Papastratos S. A. / Phillip Morris, the biggest tobacco company in Greece. He was Chairman of the Board of Directors for Refreshments Canada (Canadian Beverage Association) and a former member of the Advisory Board of Canada Goose.

He is currently a member of the Advisory Board of Global Shapers (Athens hub). Global Shapers is a major initiative launched by the World Economic Forum to engage young people between the ages of 20 and 30 to deliver local and global change. He is also a founding member and mentor of the Rising Stars Program, a platform that seeks to promote entrepreneurship by linking talent, technology and innovation.

To learn about ways to create a scholarship fund at ACG, or to contribute to existing funds, please visit www.acg.edu/giving or contact the Office of Development & Alumni Relations: