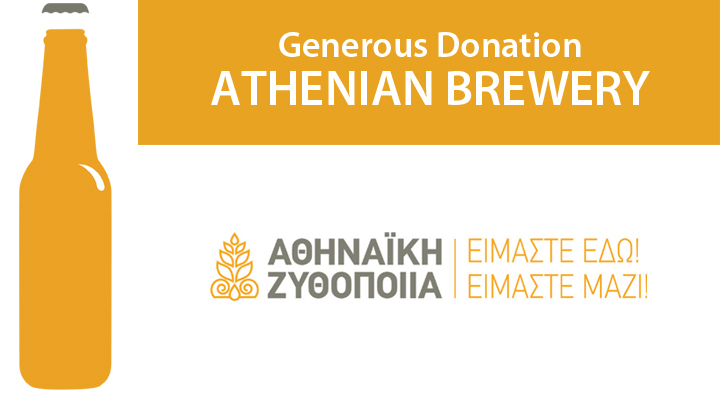 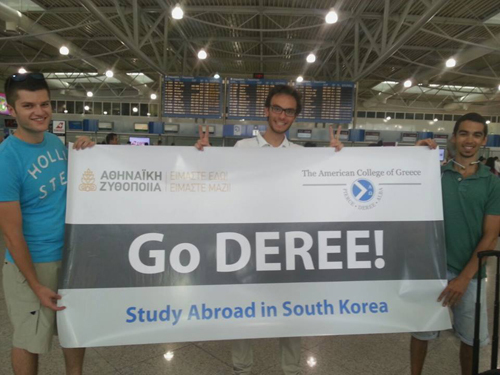 “This is the first time that ACG is sending students to South Korea and to KNU, so this is an exciting time for everyone involved,” says ACG President Dr David G Horner, adding, “we are very pleased and grateful for Athenian Brewery’s generous support of our students.”

“This initiative perfectly matches with the DNA of our business. We are Greek by choice, but we also maintain our global perspective”, says Athenian Brewery’s Managing Director Zooullis Mina. As he states, “our strategy for the future is to fuel our growth with innovation, new product launches and exports. In this journey, we align with all those who are willing to bring in new ideas and ways of working and who are eager to identify and seize opportunities. These are the qualities we see in all of you, the students we proudly support at their first steps, with confidence that you are heading to the right direction and that, in the near future, you will stand out and set an example.”

The students who will be attending the summer program at KNU are Samy Chafez, Maria Korre, Dimitris Lykouris, Maria-Zoe Papaioannou, and George Raskovic and all wrote “thank you” letters to Athenian Brewery for their generous support.

After expressing his gratitude for Athenian Brewery’s support of his studies, Lykouris notes that “this experience will be extremely beneficial both for my personal and for my professional life,” echoing his fellow students. Raskovic emphasizes in his letter that the experience will provide him “with very important knowledge on the background of East Asia, which is one of the fastest developing economies of our time,” while Korre underlines that “in such difficult times, this scholarship represents an open-mindedness and belief in our generation and we, and specifically I, appreciate that.”

“I intend to put all my efforts into this program which will also demonstrate to you that your investment will have been worthwhile,” says Chafez in his letter.

“I would like to wholeheartedly thank you for this generous gesture, which put a big smile on my face,” says Papaioannou promising to seize the opportunity afforded her in the most “constructively efficient way.”

The five DEREE students who will be studying at KNU this summer were joined by another 13 DEREE students, four ACG staff members and one DEREE Faculty member on a field trip to Athenian Brewery on May 29th, where they were able to learn about the company’s local and global business, meet executives – including DEREE alumni – and learn more about Athenian Brewery’s International Internship program.

Students were also able to enjoy a cold beer from the brand portfolio of Athenian Brewery and learn tips and the tricks of draft beer, including serving the beer, and beer tasting. 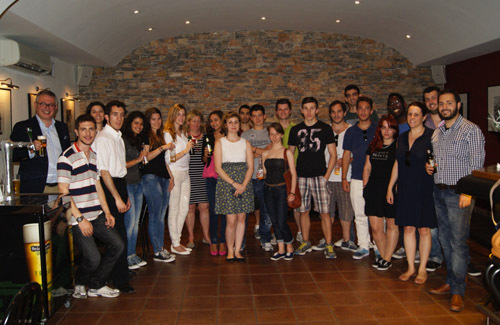 Athenian Brewery has a tradition of sponsoring projects that help those in need and of providing opportunities for young adults, while also launching initiatives that foster learning experiences as well as traineeships for students and graduates.

Indicative of Athenian Brewery’s dynamic philanthropic work for the youth of Greece is its involvement in the:

Athenian Brewery has a well-established position in Greece, and is “participating in initiatives like the DEREE IISAP program, Regeneration, Orange Grove, and Endeavor which fit the philosophy of Athenian Brewery,” Elli Panagiotopoulou, Athenian Brewery’s corporate relations manager, told the visiting students, adding “social responsibility is very important and we actively develop programs that can respond to people’s needs. These create a benefit for them and, at the same time, help us maintain our positive reputation.”

“We recognize the unique contribution of our people in our company's success,” noted Athenian Brewery’s Sales Director Nikos Zois, who invited all students who share the same values, have vision, aim high and have the will, to be tomorrow's leaders and become a part of the well-established and dynamic company. He encouraged students to apply for a position and spoke to them about the opportunities that exist in sales. “Yes it can be tough, but it is fun, rewarding and a great way to learn the market, the people and the pulse”.

Varvara Panagopoulou (DEREE ’88), Athenian Brewery’ HR director, urged students to “take advantage of what DEREE has to offer, their internship and study abroad opportunities, key speaker lecture series, visits by corporations and their representatives, career days and career service, as well as the amazing network of successful alumni around the world, and learn about collaborations with initiatives such as Future Leaders, Regeneration and the corporations supporting the school,” and added “I found my first job with Procter & Gamble during career days at DEREE when I was a student.” She also told students that their first interview could be a challenge…”the more you interview the better you will get… “

Athenian Brewery SA is the largest beer manufacturing and commercializing company in Greece, founded in 1963 by a group of Greek businessmen. Now part of the Heineken NV group, it employs 1,000 people in Greece and has won the Best Workplace award four years in a row in Greece.

Athenian Brewery has four factories in the country – three for beer production in Athens, Thessaloniki and Patras, and one factory in Lamia producing the natural mineral water IOLI.

The year 1965 was a milestone for the company as it was when it began the production of Amstel beer, while in 1981 it initiated the production of Heineken beer. The next years saw the bottling of the natural mineral water IOLI, the production of the Alsatian beer Fischer and the Greek beer ALFA, as well as imports of branded beers like Erdinger, Murphy’s Irish Stout and Red, Duvel, Chimay, Kirin, McFarland and Carib.

The company also has a strong presence abroad, exporting its products to 30 countries, in North America, the European Union, Africa, and Oceania.