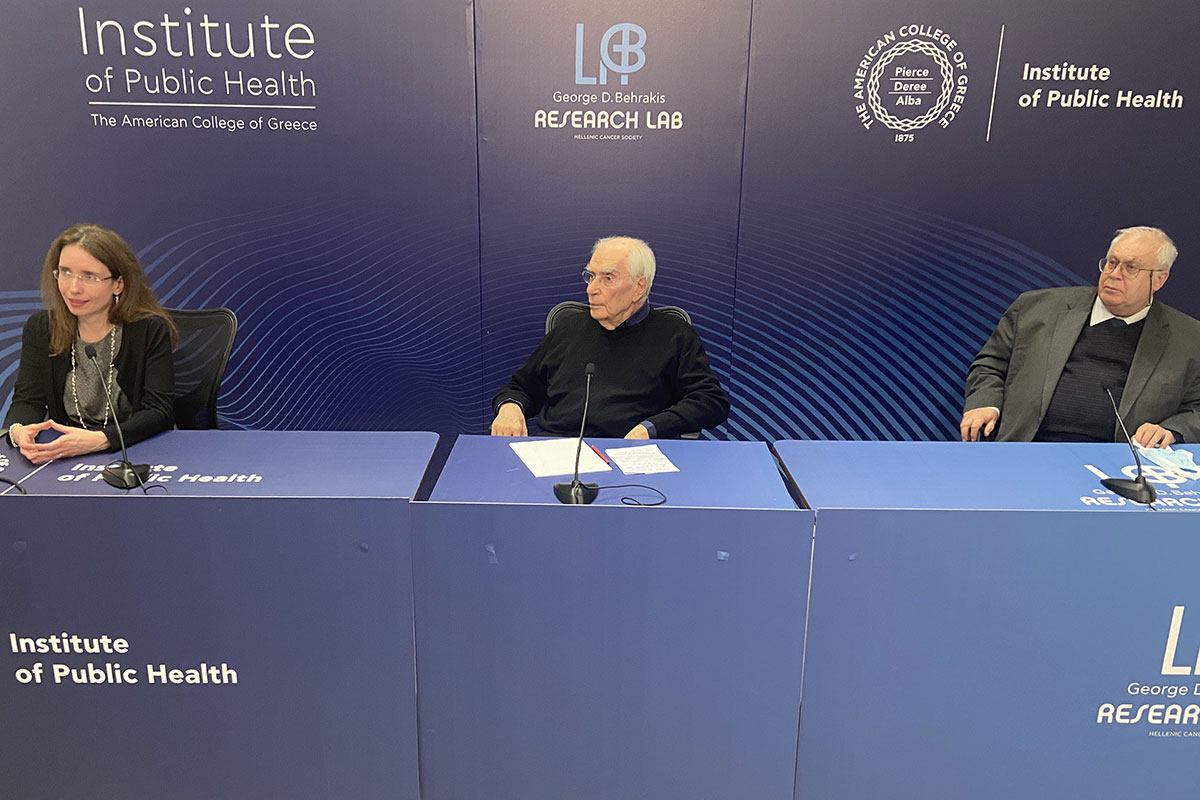 Εminent Greek scientists participated in a round table discussion entitled “Topics in Biomedical Ethics” during the third lecture of the Institute of Public Health 7th Series of Lectures.

Professor Panagiotis Behrakis, Pulmonologist – Intensivist and Director of the Institute of Public Health, ACG analyzed the principle of patient autonomy as one of the four pillars of medical practice, along with beneficence, non-maleficence and justice. As he explained, the principle of autonomy is mainly based on trust, the foundation of the interpersonal patient – physician relationship.

“Turn off the TV and social media and express your concern and fear to your doctor”. Mrs Marianna Karamanou, Professor of Epistemology, History & Ethics of Medicine, Medical School of the National and Kapodistrian University of Athens addressed to people who still hesitate to get vaccinated against COVID-19 and encouraged them to seek answers to their questions while discussing with their physician. Mrs Karamanou mentioned that vaccines are a major tool and gift to humanity and should be numbered among the achievements of science.

Mr Gerasimos Rigatos, Pathologist – Oncologist and Honorary Assistant Professor of the National and Kapodistrian University of Athens, approached the sensitive topic of euthanasia as an extended patient autonomy issue, that, however contradicts the Hippocrates vow.

The distinguished Professor Emeritus of Philosophy, Mr. Christos Giannaras, developed the philosophical dimension of the biomedical ethics discussed, and referring to the current pandemic, he underlined that our duty is not simply to abide by the law, instead our vaccination should be driven by the love towards the persons we love and who love us back.

We share the risk instead of shielding the individual solitary priority. We consider vaccination an act of love.

For more information, you may read the press release of the event (in Greek) as well as watch the video of the round table discussion here.