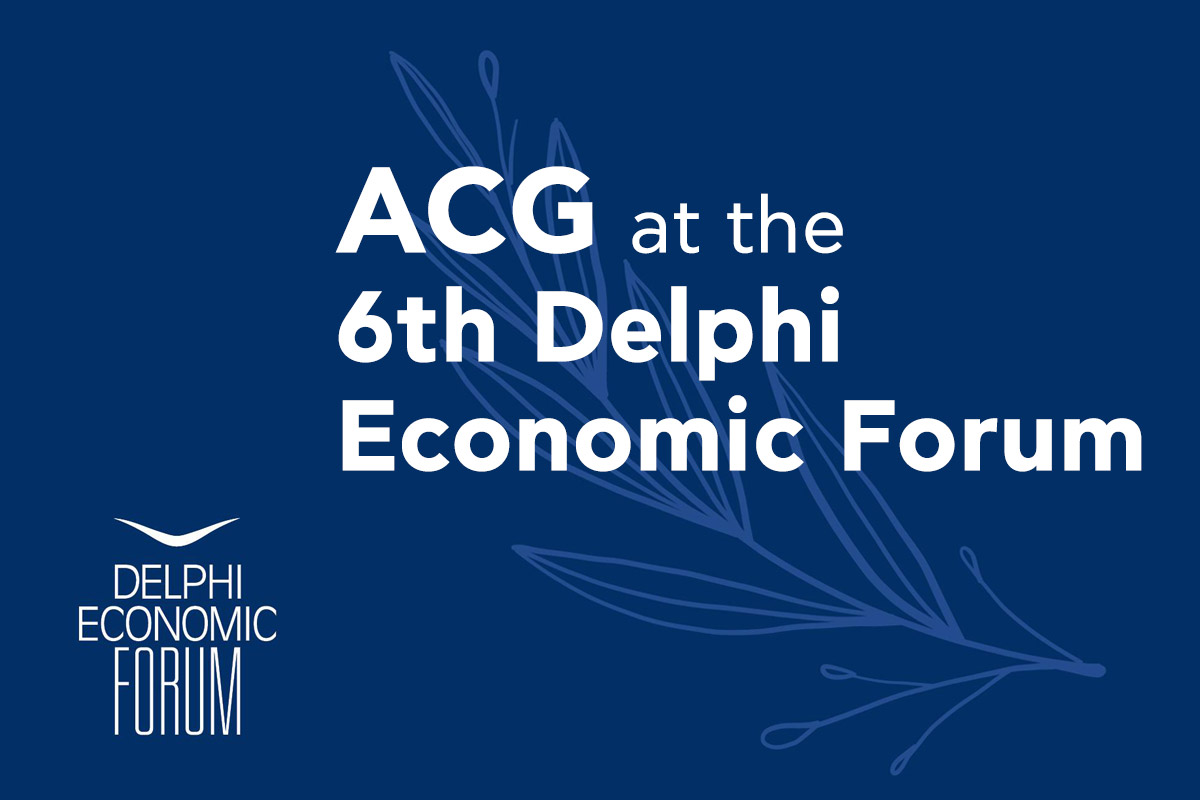 “Commemorating the Bicentennial of the Greek Revolution” was the theme of the 6th Delphi Economic Forum held in Delphi, May 10-15, 2021.

Representing ACG was Professor Loren J. Samons, Vice President and Executive Director of the Institute of Hellenic Culture & Liberal Arts of The American College of Greece and Professor of Classical Studies at Boston University. Professor Samons talked to Professor Joachim Grispolakis, Professor Emeritus and former Rector of the Technical University of Crete about the relationship between culture-education on one hand and economic and government affairs of Greece on the other. Professor Samons thanked Professor Grispolakis and the Economic Forum and commented that, since its establishment in the 19th century in Asia Minor, ACG has tried to play a role to be a force of positive change for Greece, and that the ACG 150 plan very much fits within this institutional history. Professor Samons also discussed that the purpose of the plan itself is to bring the academic mission together with industry representatives and the makers of public policy, “in an attempt to influence policy and spur economic growth in Greece, in responsible and sustainable ways”. The purpose of education, commented Professor Samons, according to the Ancient Greeks, was to create people capable of governing themselves and therefore capable of governing others, in other words “to create good people.” Education then was tangible and not just preparing people for a job. “We are very keen”, he commented, “that our efforts are founded in Greek value” and more specifically the ones originating from the ancient past, the Byzantine past and Greece’s modern history – Areti (Virtue), Epimeleia (Stewardship), and Liberty. Based on these values, according to Professor Samons, ACG will create the next generation of leaders and economic innovators.

Speaking of the role of technology, Professor Samons commented on its rapid evolution and how “technology encourages us to actually educate students in ways that are not focused on technology” but rather on our ability to improvise in a rapidly changing environment.

Moreover, Professor Samons also shared his thoughts about how ACG aspires to influence public policy and move Greece in a direction that is more open economically. Freeer economies produce more wealth, more prosperity for their individual citizens. “I like to say that at ACG we are politically neutral, but not values-neutral” he mentioned and said that ACG is trying to influence public policy while remaining devoted to these values. The establishment of values go hand in hand with trying to open a market up and create more wealth and more prosperity.

Professor Samons also mentioned that “we are working on specific segments of the economy and techniques that move across segments” and offered the example of the Research Technology and Innovation Network, led by Constantinos Papadias, which seeks to support startups and “report technology transfer into Greece and from Greece”. He also spoke about the Centers of Excellence in specific targeted economic segments which are primed for growth in Greece, such as food, tourism, leisure, shipping and transportation, logistics. All these can be found under the umbrella of the Institute of Hellenic Growth and Prosperity, led by Professor Emeritus of Economics and former representative at the IMF for Greece, Michalis Psalidopoulos. Finally, Professor Samons, concluded by pointing out the significance of the individual’s voice while maintaining the values of ACG. “What we are trying to push at ACG 150 is to “Evdemonia”, that is flourishing, in the intellectual cultural and economic sense”.