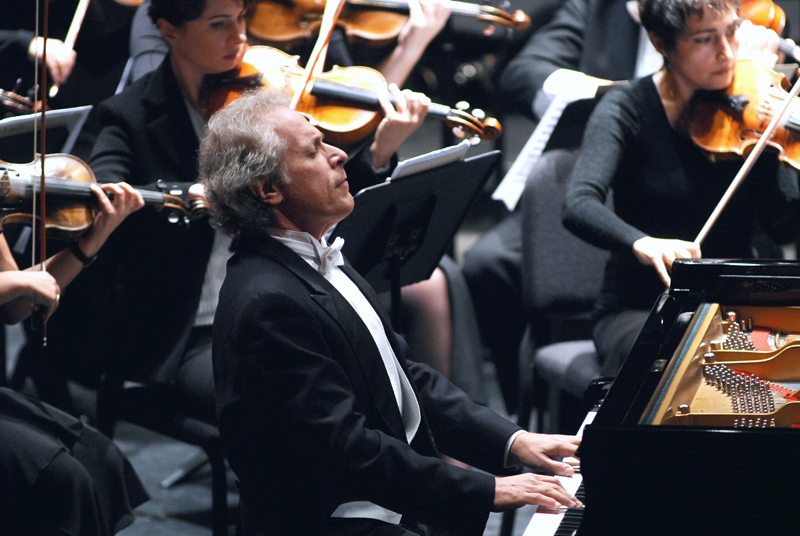 The concert series “Piano at its forte” continues for the third consecutive year, this time at the American College of Greece. This year’s series presents four piano recitals and a piano duo recital, from January to May 2015. In addition, two special concerts will feature young talented pianists, in a concert called “Piano at its Forte JUNIOR”, and in an All-Mozart-Evening with the Athens Youth Symphony (ASON) collaborating with exceptional soloists in three Mozart piano concertos. Nine internationally distinguished pianists will display their skills: the soloists have pursued remarkable studies in the past, won prizes in prestigious competitions, played in well-known concert halls and festivals around the globe, and made recordings for record labels and radio stations.

The concert series commences with the internationally renowned pianist Dimitri Toufexis –artist-in-residence at The American College of Greece– on Saturday, January 17, 2015. Second soloist is the director of the Thessaloniki Piano Festival, Charalambos Aggelopoulos, on Wednesday, February 25. On Saturday, March 21 the amazing young virtuoso Alexia Mouza-Arenas will have her turn. The last solo recital will be given by pianist-conductor-poet, Nikos Laaris, on Saturday, April 18.The main series will be brought to an end by the extraordinary piano duo Pincetic-Sakellaridis, on Wednesday, April 13. The two special concerts will take place on Saturday, January 31, and Wednesday, April 1. The first concert “Piano at its Forte JUNIOR” will present three pianists aged 12-14: Katerina Katamadze, Chara Tsipizidou, and Stathis Papadiamantopoulos. On April 1st Giorgos Konstantinou, Agathe Leimoni, and Dimitri Vassilakis will play Mozart concertos KV 453, 466, and 488 respectively, with the ASON Orchestra under the direction of Pantelis Kogiamis.

To find out more about the first piano recital to be held on January 17, please click here

To find out more about the Piano at its Forte series, please visit the site: www.pianostaforte.com