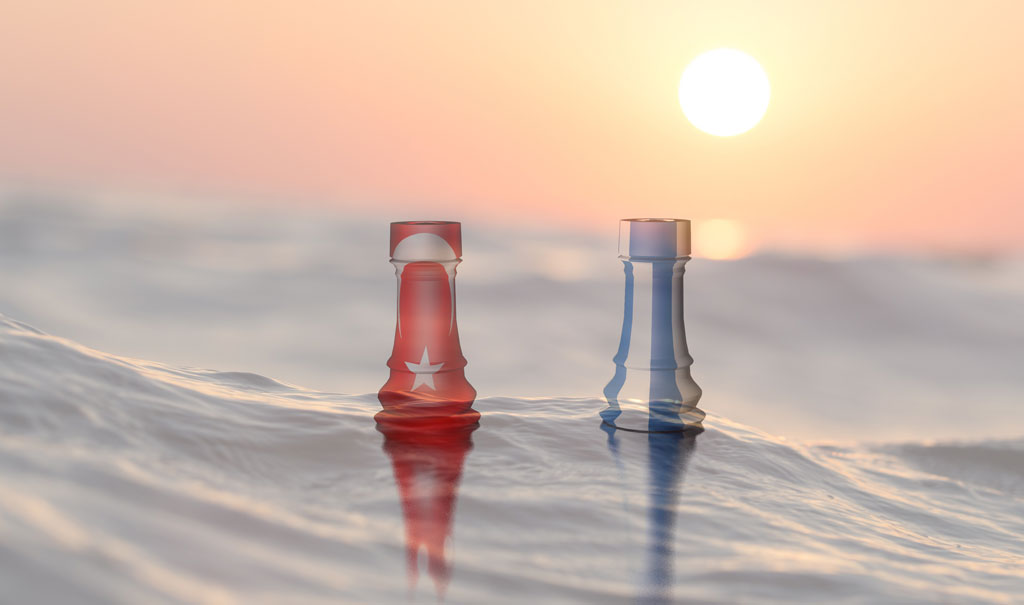 Dr. Constantinos Filis, Director of the Institute of Global Affairs and Professor of International Relations at The American College of Greece, joined Thanos Davelis, host of the Greek Current podcast, in a discussion on Turkish President Erdogan’s latest threats. He accused Greece of “occupying” islands in the Aegean Sea and said Turkey is prepared to “do what is necessary” when the time comes. In the discussion, Dr. Filis broke down what’s on the horizon for Greek-Turkish relations.

Are Turkish threats and provocations reaching new and dangerous heights? In Dr. Filis’ opinion, a dangerous climate is erupting domestically in Turkey. Greece is being blamed systematically for supposedly illegally occupying Turkish islands while Turkey is attempting to reverse reality in the Aegean and create a narrative that portrays Greece as the one provoking. With restrictions on freedom of expression, Turkish leadership’s rhetoric impacts the mindset of the Turkish people fueling anti-Greek sentiment.

Erdogan is preparing for the biggest electoral challenge in his nearly 20-year rule in 2023. Could Turkey then “do what is necessary” to move beyond rhetoric and take action in the Aegean? Dr. Filis believes that for the time being, Turkey will not make any provocations but continue to distort reality to make Greece look like an aggressive and revisionist power in the region. In order to promote their revisionist doctrine, Turkey will (1) demand demilitarization of specific Greek islands, threatening to question their sovereignty if it isn’t carried out, and (2) Ankara will question Greek sovereignty over rocky islets which have nothing to do with demilitarization.

Has Greece’s current policy of reacting calmly and avoiding getting into a war of words with Erdogan been paying off? To respond effectively to Turkish revisionism, Dr. Filis believes that Greece needs strong alliances, economy, armed forces, and resolve that convinces Turkey of our power while effectively responding to Turkey’s propaganda with strong public diplomacy.

Greece needs to offer our services to our partners on a number of challenges and intervene discretely and constructively in ongoing conflicts in our neighborhood in order to be a pillar of stability in our region. The more valuable we are to them and their interests, the more willing they will be to support us.