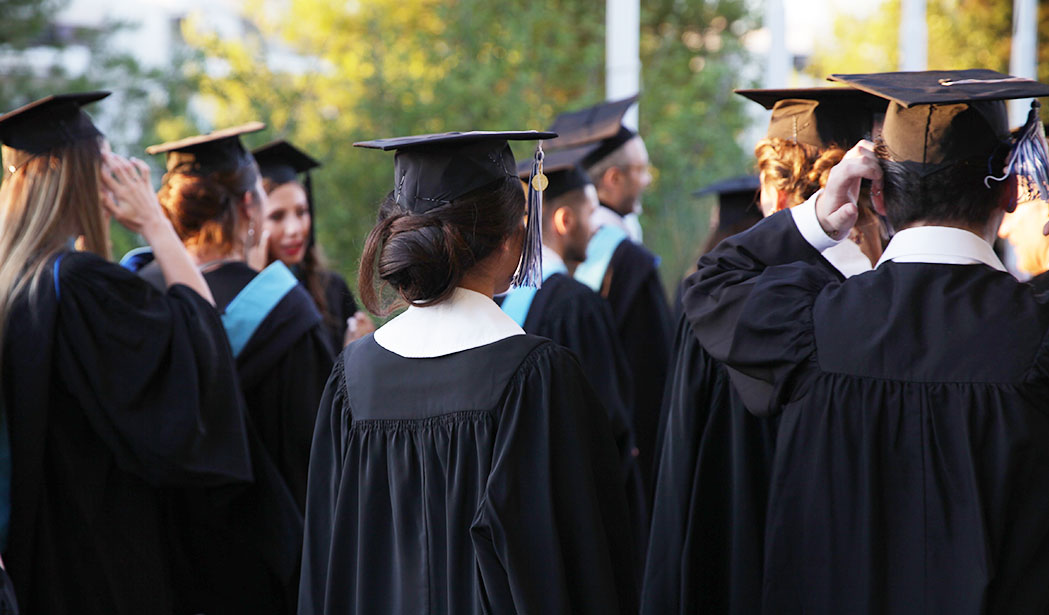 Deree Commencement 2019 is just around the corner, about to crown another year of student perseverance and exceptional achievement. 350 soon-to-be graduates are counting down the days until they say goodbye to their alma mater day during a special ceremony to be remembered by all attendants and embark on a promising life journey.

The Ceremony will be held on Saturday, June 29 in the presence of 3,000 guests – among whom ACG faculty, staff, honorary guests and proud families of students ­– who will be there to honor all undergraduate and graduate students receiving their bachelor’s and master’s degrees.

This year’s Commencement Address will be delivered by Dr. George M. Marcus, Honorary Degree Recipient for 2019.

Dr. Marcus is a distinguished economist and Founder of GM Marcus & Company in 1971, which later became Marcus and Millichap Company, as well as Essex Property Trust, Greater Bay Bancorp and Plaza Bank of Commerce.

George M. Marcus was born in 1941 in Limni on the island of Evia in Greece and emigrated to the United States in 1945. He attended San Francisco State University, graduating with a bachelor’s degree in Economics. His alma mater named him Alumnus of the Millennium in 1999 and awarded him an honorary doctorate in 2011. The extraordinary business accomplishments of George Marcus include his founding of G. M. Marcus & Company in 1971, which later became Marcus and Millichap Company, the parent organization of a diversified group of real estate service, investment and development firms as well as his founding of Essex Property Trust, Greater Bay Bancorp, and Plaza Bank of Commerce. He also owns two renowned Greek restaurants: Kokkari (San Francisco) and Evvia (Palo Alto). George Marcus’ extensive commitments to the Greek Orthodox Church and the community are reflected in his membership on the Board of Directors of the: Modern Greek Studies Foundation, CSU Foundation, UCSF Foundation, Patriarch Athenagoras Orthodox Institute, Greek Orthodox Metropolis of San Francisco, International Orthodox Christian Charities, and Elios Society of Northern California. He has received numerous awards, including the American Hellenic Institute Spirit of Freedom Entrepreneurial Award. In 2016, he received an Honorary Degree of Humanities from the Hellenic College and Holy Cross Greek Orthodox School of Theology.