Written by
mniforos
Posted in
Institute of Public Health, News 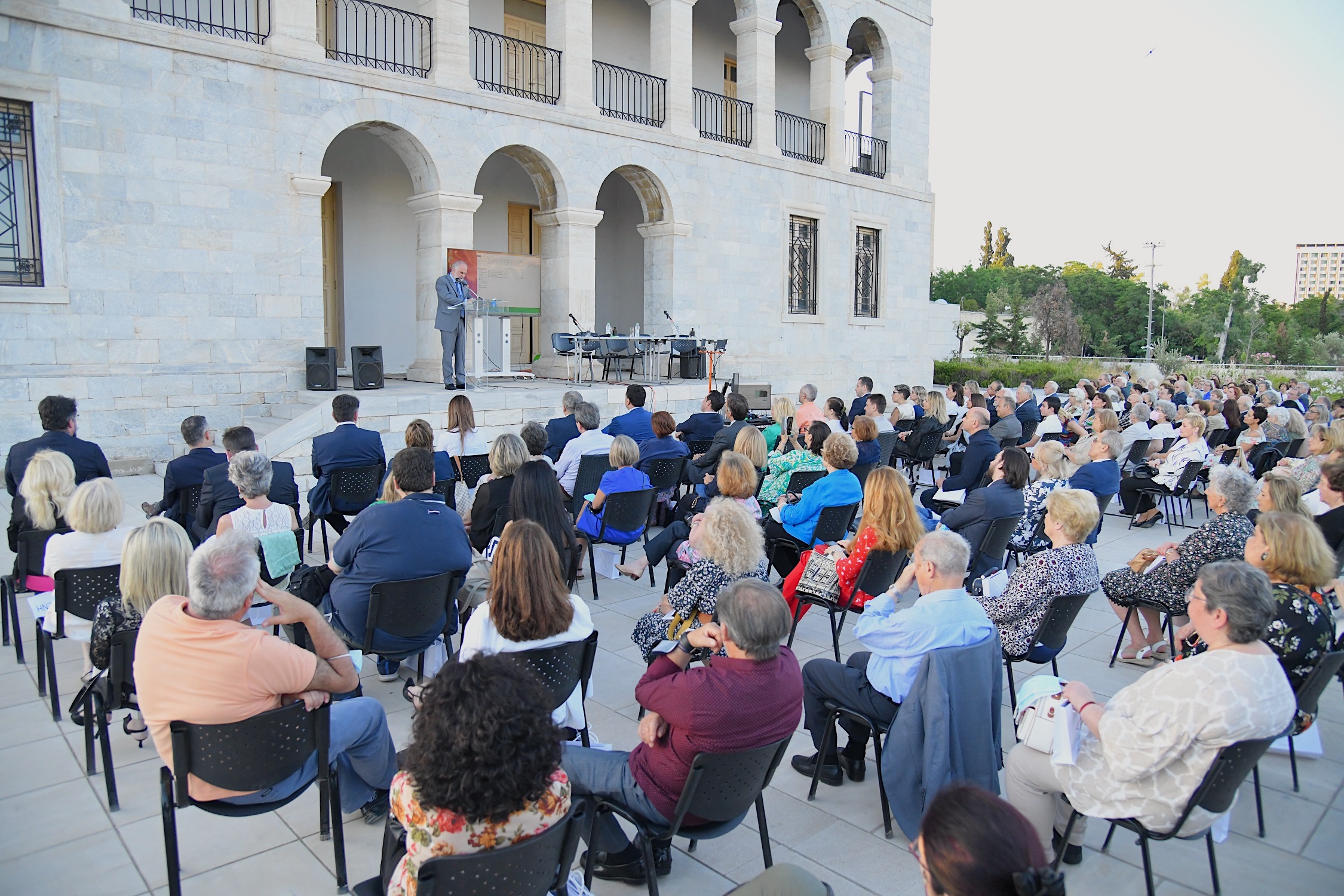 On the occasion of the “World No Tobacco Day,” the Hellenic Cancer Institute, Ministry of Health and ACG Institute of Public Health (IPH) organized an event at the Byzantine Museum on May 30. Attendees and distinguished speakers were Ministers of Health and Tourism, the Deputy Minister of Education, Members of Parliament, scientists, academicians, as well as supporters of the anti-smoking movement in Greece that is gaining more and more followers.

“The prize is not the end, the prize is only the beginning: we will continue our tireless effort to make the dream of reducing smokers to 5% of the population come true by 2040.” With this promise, Professor Panagiotis Behrakis, head of SMOKEFREEGREECE, referenced the recent distinction of the initiative as the most successful cancer prevention information campaign in Europe. SMOKEFREEGREECE was awarded the European Union Health Award for Cancer Prevention 2021 in early May by the European Commission in a special ceremony at the European Parliament building in Brussels. 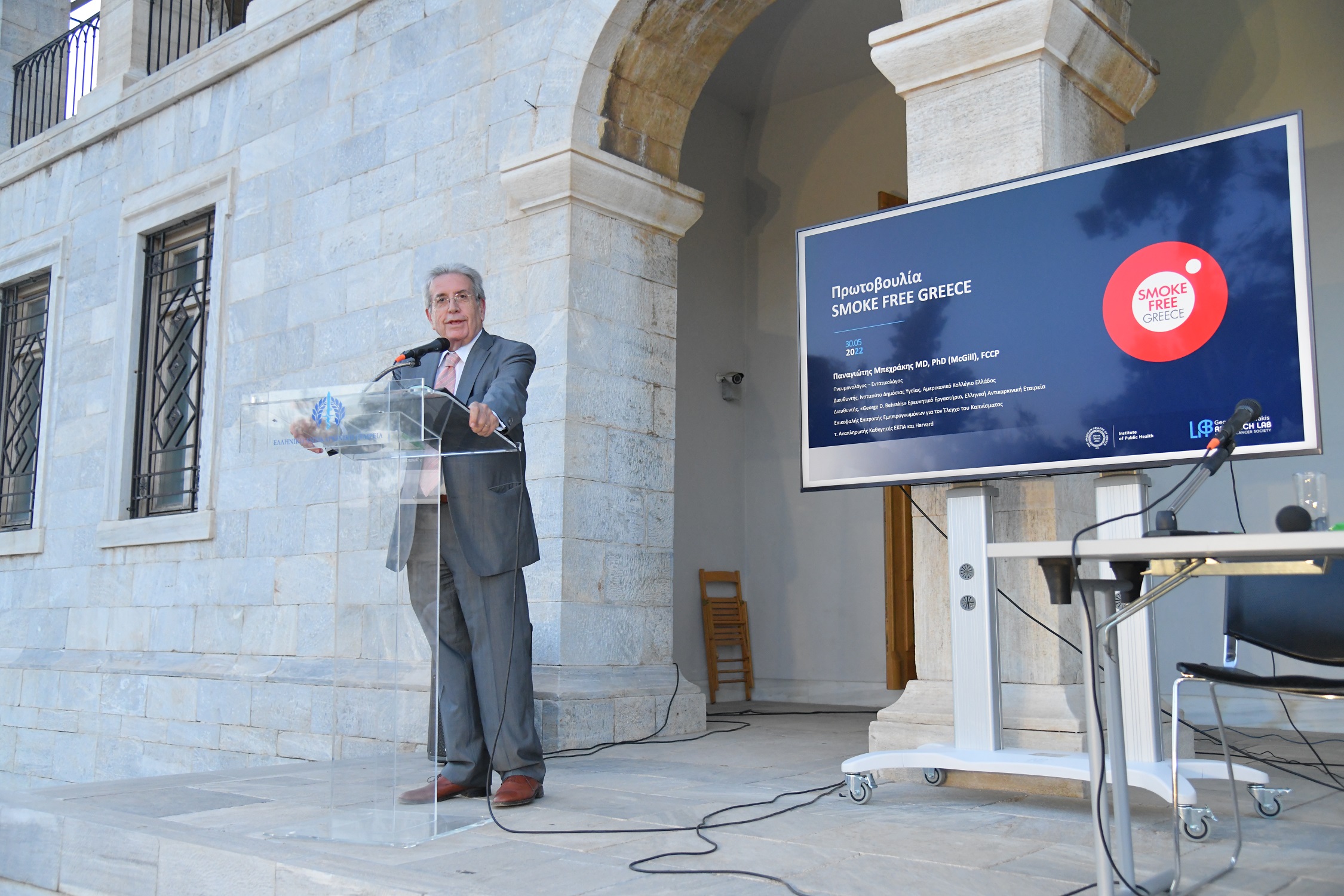 For the past twelve years, six of which IPH operated under The American College of Greece, the SMOKEFREEGREECE initiative raised awareness about the perils of tobacco, especially among schoolchildren. This effort not only led to a drastic reduction in smoking (33% of 16-24 year-olds and 27% of the total population) but also culminated with the voting of important anti-smoking legislation by the current government.

On behalf of the IPH, ACG Vice President of Public Affairs, Claudia Carydis, thanked philanthropist George Behrakis for sharing his vision to reduce smoking among Greek youth with ACG, and for financially supporting the efforts of IPH. She also thanked Dr. Panagiotis Behrakis for his personal dedication and contribution to the fight against smoking.

Mrs. Carydis presented a brief overview of the overall academic and social impact of ACG since its establishment in 1875. Going forward, as part of the ACG 150 initiative, the ACG Institute of Public Health will continue to support actions that help reduce smoking, while ACG will also engage in the creation of new academic programs, research and activities in a variety of Public Health areas. 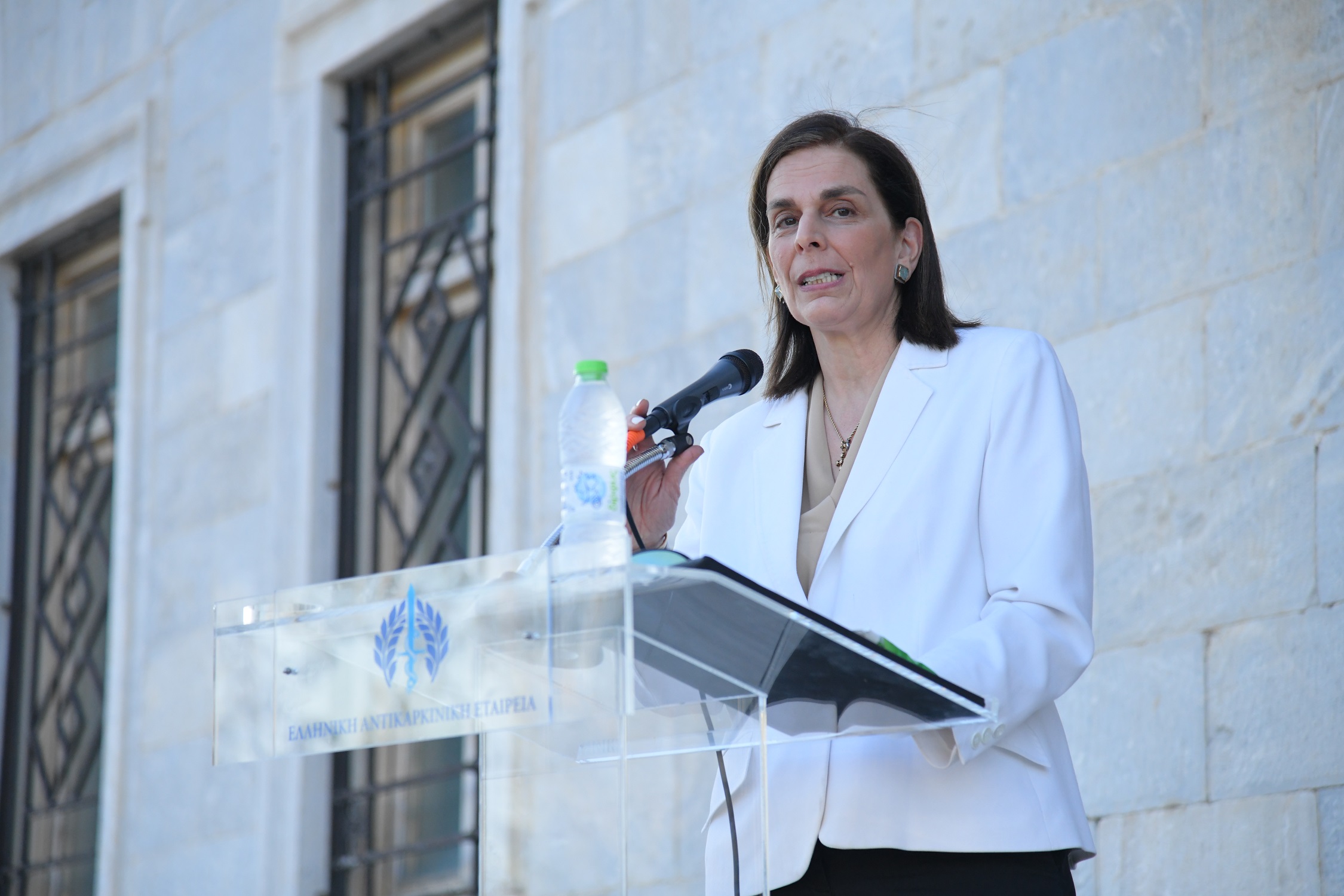