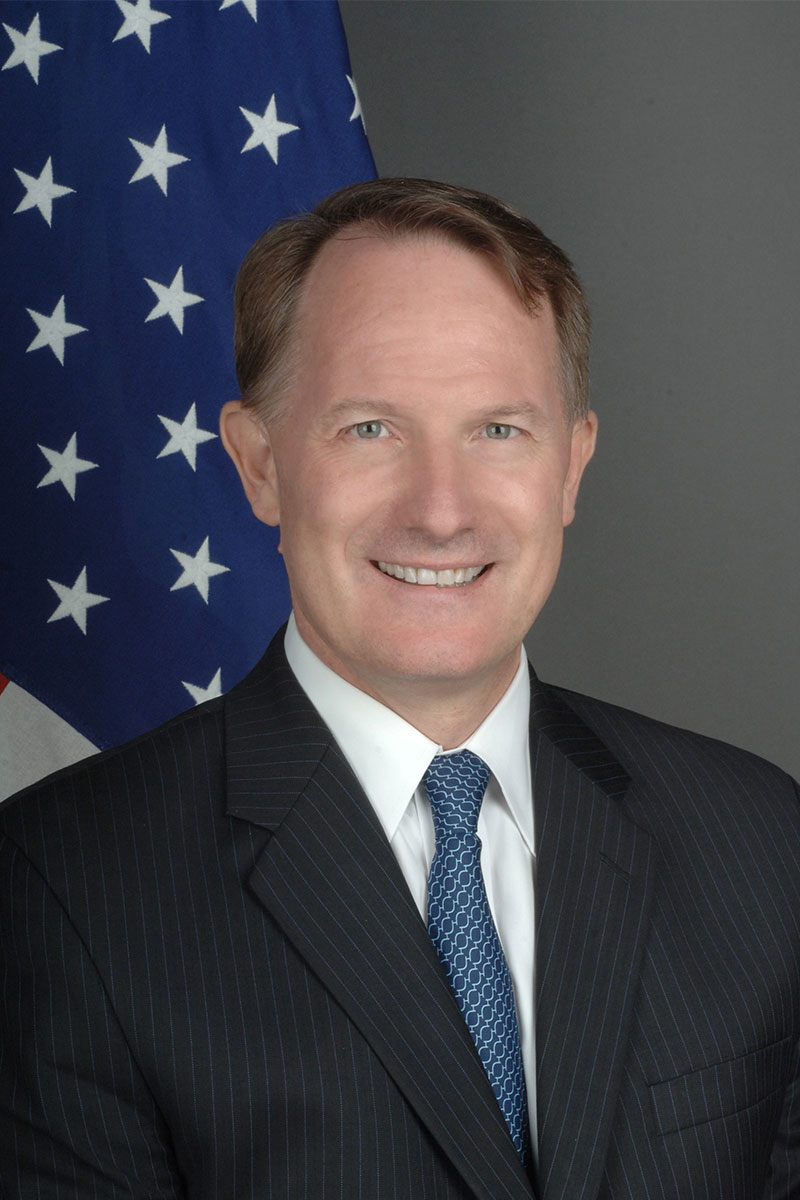 The American College of Greece (ACG) is delighted to announce the election on December 1, 2022, of Ambassador Daniel Bennett Smith to the position of Chair of its Board of Trustees, succeeding outgoing Chair Demetrios (Jim) G. Logothetis. Ambassador Smith recently retired from the U.S. State Department following a distinguished career, which included numerous leadership positions. He was Acting Secretary of State during the Biden presidential transition, Director of the Foreign Service Institute, the government’s premier foreign affairs training provider with over 1,500 staff who instruct nearly 70,000 students in-person and online annually, and U.S. Ambassador to Greece (2010-2013). Following his retirement, Ambassador Smith, at the behest of Secretary of State Antony Blinken, led a 90-day review of the State Department’s role in the planning and execution of the withdrawal from Afghanistan.

Following his election, Ambassador Smith commented, “The American College of Greece is a unique institution that brings to Greece the finest elements of the American educational system, but also helps directly to strengthen the enduring bonds between the people of the United States and Greece.  As a former ambassador to Greece, I am delighted to serve in this role on the board of trustees of this historic educational institution and to help ensure its future as a pillar of the Greek-American relationship and as a major contributor to the future prosperity of Greece.”

The ACG board is comprised of up to 25 members, eligible to serve up to three, three-year terms. During his nine years, Jim Logothetis served as Vice-Chair (2017-2019) and Chair (2019-2022), overseeing a period of remarkable institutional growth (e.g., total enrollment almost doubled to 7,140 students as of this fall). A retired partner from EY, the multinational accounting and professional services firm, and current Chair of Leadership 100, among other volunteer roles in the non-profit and Hellenic education sector, Logothetis remarked, “I stepped on to the board nine years ago because I believed then and I believe even more now in the transformative power of an American College of Greece education to produce high caliber, well-prepared graduates who are ready to lead and leverage their knowledge for positive economic and social impact in Greece and the global community. I am delighted that Ambassador Smith is committed to succeeding me as Chair and taking on this strategic role in our institution.”