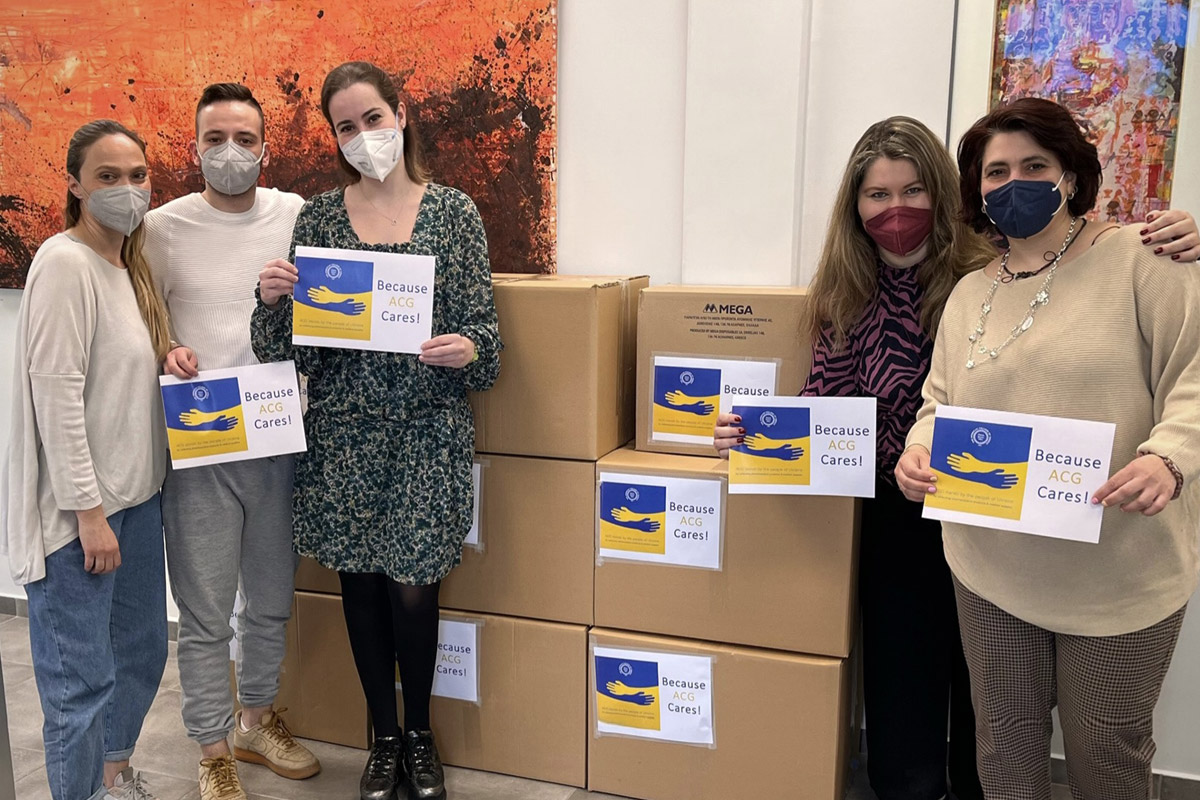 Staying true to its motto “to serve and not to be served”, The American College of Greece organized many initiatives regarding the situation in Ukraine. As a result of a call to the ACG community in support of the people of Ukraine, the office of Public Affairs collected pharmaceutical products and medical supplies that filled 49 big boxes. The initiative, supported by ACG students of all our divisions, faculty, staff and the Pierce Parents Association, run from March 21st until March 30th. The supplies were donated to the NGO “Doctors of the World”, to be delivered to the Ukrainian people, along with contributions by other entities. Additionally, we collected the amount of 1,000 euros, which was collected from small donations by individual community members, the book drive, organized by the Deree & Alba Libraries and the sale of reusable water bottles by the Office of Public Affairs.

“Doctors of the World” thanked us in person during an event we hosted soon after, with a presentation on volunteerism. Their president, Dr. Chara Tziouvara MD and her colleague Angeliki Mavrikou (D’91), addressed a joint group of Pierce IB and Deree students, faculty & staff.

Before that, on March 11, the ACG – Institute of Global Affairs had hosted an open discussion about the war and the situation in Ukraine, moderated by three Deree professors specializing in International Relations. Among many students, faculty and staff, two of the Ukrainian students who currently study at Deree also attended and took part in the discussion that followed.

Right after the Russian invasion to Ukraine, President Horner, in his message to the ACG community, had emphasized that ACG remains “focused on pursuing its mission to build an ethos of mutual respect, to foster the practice of sincere and open dialogue and to promote peace and justice within the framework of Hellenic and Western values”.

Most importantly, ACG has already accepted Alissa, a qualified Ukrainian student-refugee, who is now studying at the Pierce IB program and we have officially informed the Ministry of Education that we can offer a number of additional scholarships to Ukrainian refugees that fulfill the necessary requirements, to study at Deree. 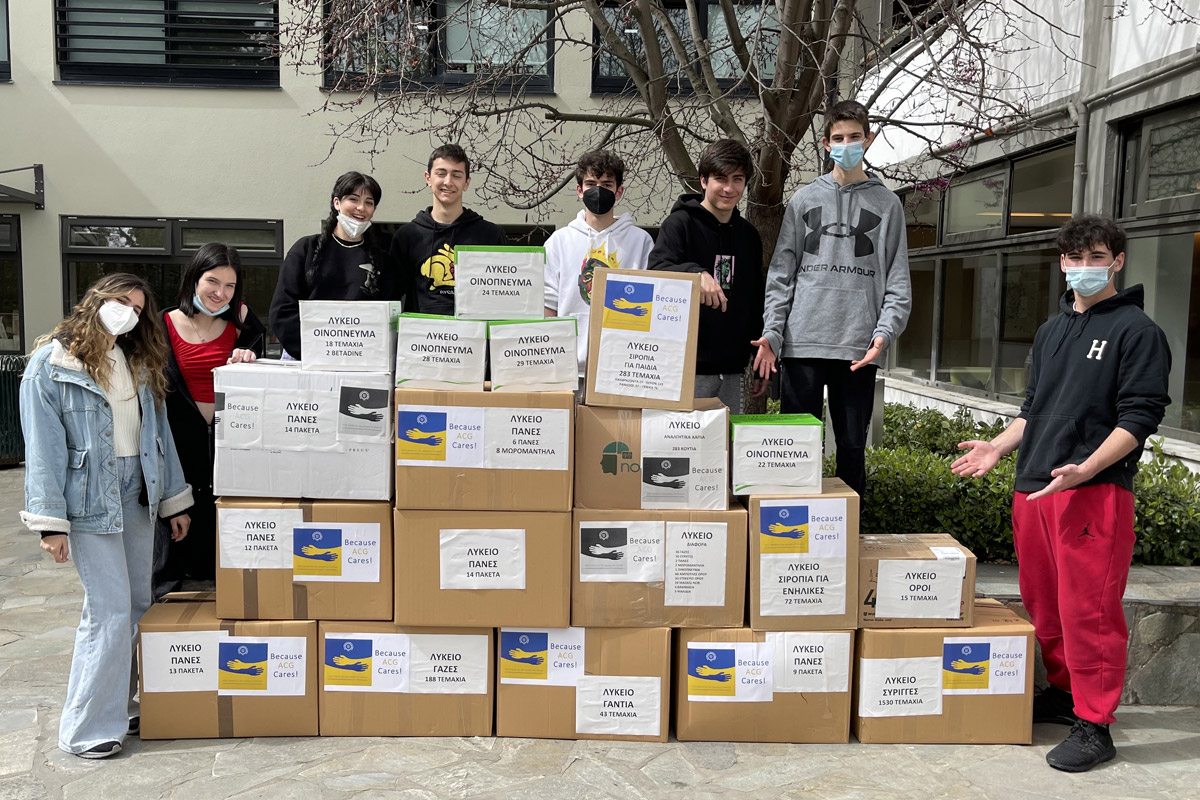