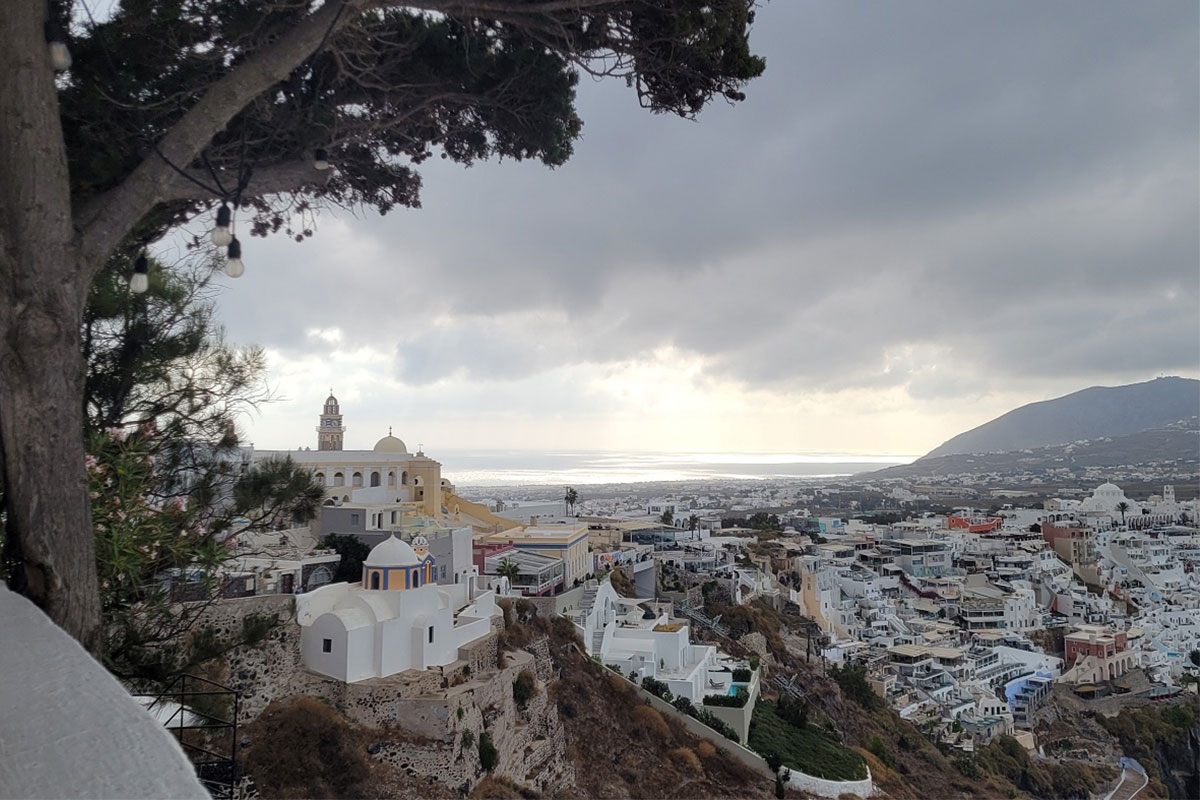 We are pleased to announce that the Deree School of Liberal Arts & Sciences has established a collaboration with Columbia University on the U.S. Science Support Program, part of the International Ocean Discovery Program. The program is funded by the U.S. National Science Foundation and involves ocean research through scientific ocean drilling in the Santorini crater between December 2022 and February 2023.

Six U.S. degree-seeking or study-abroad students from ACG traveled to Santorini in mid-October for a week to assist in an exhibition of ocean subsurface exploration. Deree students assisted in running different exhibitions and interacted with more than 1,500 students from primary to high school. They also participated in a geology field trip and ran two workshops on science communication and science communication strategy.

These Deree students and possibly more will return to Santorini in January. They will join the boat in Herakleion, Crete, in February. Participating students are given the opportunity to interact with both American and Greek scientists, educators, and program staff.

Deree students are a shining example for your school. They have been enthusiastic ambassadors who have been eager to learn. We would honestly have been lost without their help, but also their good humor!