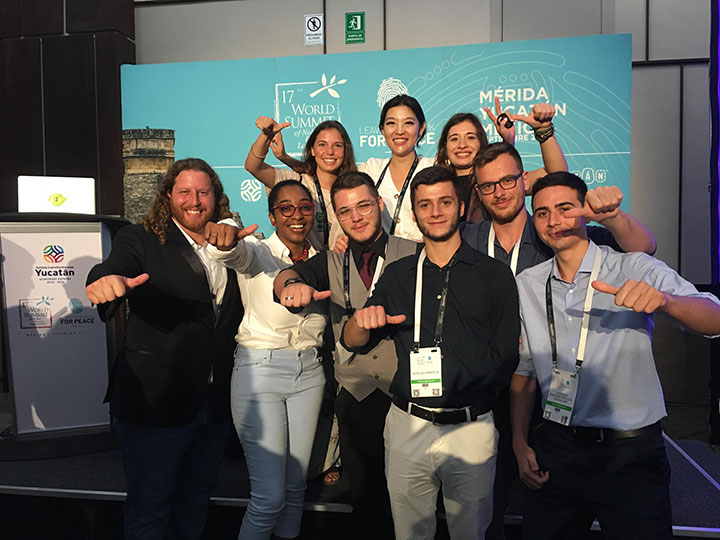 Pierce Alumnus, Michail Varvoglis, and Odysseus Diamantopoulos-Pantaleon a parallel student in Philosophy at Deree were among the 5 students selected by PeaceJam Greece to participate in the XVII World Summit of Nobel Peace Laureates. This year’s event, themed “Leave Your Mark for Peace,” was hosted in Merida, Mexico, between September 17-22.

Michail and Odysseus have been part of a team of college students working with the organization for the last year, participating in monthly youth empowerment workshops with unaccompanied refugee minors at the Home Project boys’ shelter. Their commitment secured them a place at the “Lead by Example Program” – a leadership program in the context of the Summit that brings together some of the world’s leading university students and young professionals, as well as their professors and mentors, to examine a range of social issues impacting the world, to engage in dialogue as well as share service projects and attend Peace Labs with Nobel Peace Laureates and world leaders. 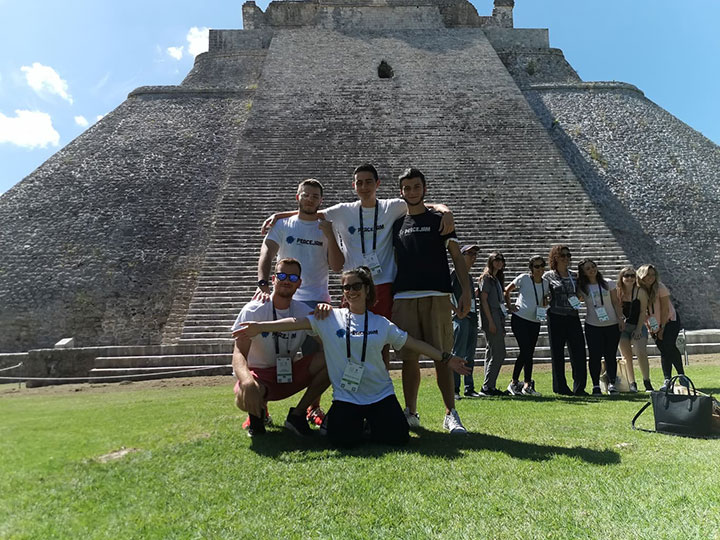 During their visit, students learned about the Mayan culture of Merida, Yucatan, and visited the Uxmal Heritage Site. They learned about issues faced by indigenous people around the world. During the Summit, student delegates and Summit leaders staged a climate strike in support of the young Greta Thunberg who spoke at the UN Climate Action Summit on the urgency of addressing Climate Change.

After the Summit, students were encouraged to implement their new knowledge and experience to impact their communities through projects and initiatives that can be nominated for the $10,000 Social Change Prize. We look forward to hearing more about their new initiatives this year!

Origins and Birth of Bioethics