Women in Diplomacy - Challenges and Opportunities for Women in Public Life

Organized by: ACG Institute of Global Affairs, Office of Public Affairs in collaboration with Women Act.

Supported by: ACG Center of Excellence for Sustainability and the ACG School of Liberal Arts & Sciences.

H.E. the Ambassador of the United Kingdom, Ms. Kate Smith 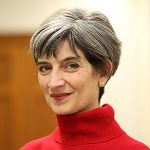 HE Ms Kate Smith CMG has been Her Majesty’s Ambassador to the Hellenic Republic since January 2017.

She joined the Foreign and Commonwealth Office in 1987, and took up her first diplomatic post overseas in Athens in 1991, serving as Second Secretary Political and Press Attaché. She returned to London in 1994 to the Non-Proliferation Department of the FCO, focusing on Chemical and Biological Weapons. Later she served at the UN in New York at the Security Council and in a number of roles in London relating to Defence and Security issues, including in the aftermath of the 2003 war in Iraq.

Ms Smith became Deputy Head of Mission at the British Embassy in Tehran from 2005–2007 and was appointed a Companion of the Order of St Michael and St George (CMG) in HM The Queen’s New Year’s Honours for 2008.

On return from Tehran, she was seconded to Royal Dutch Shell as an international adviser from 2008, subsequently joining the company as Head of UK Governmental Relations from 2009 until 2012. On returning to the FCO in 2012 she served as Director Americas until 2016.

Ms Smith grew up in Croydon, South London and was educated at Oxford University, graduating in Philosophy, Politics and Economics in 1986. 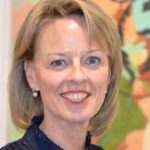 Charlotte Sammelin is serving since September 2017 as the Ambassador of Sweden to Greece. During her career at the Swedish Ministry for Foreign Affairs she has focused on particularly European Union policies and economic issues ranging from EU foreign policy, neighbourhood, accession negotiations, trade, the EU internal market and the implementation of the Lisbon Treaty. Prior to arriving to Athens she was Deputy Director General at the Department for International Trade and EU Internal Market at the Ministry for Foreign Affairs in Stockholm during 2015-1017.

Before that Ambassador Sammelin worked for 12 years in Brussels in various positions, such as Advisor in the Support Group for Ukraine in the European Commission (DG Near), Foreign Policy Advisor to the President of the European Council Herman van Rompuy and in the Permanent Representation of Sweden to the EU. She has also served at the Swedish Embassy in Madrid. Before joining the Swedish Ministry for Foreign Affairs she was a consultant at the OECD in Paris on territorial development and agriculture. Ambassador Sammelin holds a Master’s Degree in Political Science, European Law and Economics from the Ludwig Maximilian Universität in Munich, Germany. 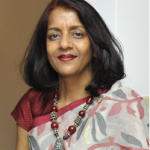 Earlier, she worked at the Ministry of External Affairs, New Delhi, as Joint Secretary in the Policy Planning and Counter-Terrorism Division, followed by a stint at the Indian Council of World Affairs, Delhi, one of the oldest think-tanks in India, declared as “an institution of national importance” by the Indian Parliament.  She has also worked as Director in the Division of South Asian Association for Regional Cooperation (SAARC) at the Ministry.

She has served in the Indian Missions in different capacities, including as the Deputy Chief of Mission in Italy, Minister in the Philippines, and Political Counsellor in Washington D.C. She has also held diplomatic assignments in Turkey, at the Permanent Delegation of India to UNESCO, Paris, and in Argentina.

She holds a double Master’s in International Politics from Jawaharlal Nehru University, Delhi. She was awarded an Honorary Doctorate (Honoris Causa) by the President of Liberia, Nobel Laureate, Ms. Ellen Johnson Sirleaf, for her contribution to the promotion of India-Liberia relations. 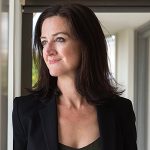 Kate Logan is a senior career officer with the Australian Department of Foreign Affairs and Trade.  She was most recently Assistant Secretary of the Executive Branch, supporting Ministers and the Secretary in leadership and management of the department.

Ms Logan was Assistant Secretary of the Papua New Guinea and Fiji Branch between 2012 and 2016, with responsibility for managing Australia’s political and economic relations with those countries.

She was Adviser to the Minister for Foreign Affairs from 2005-2007, with responsibility for South and South-east Asia and terrorism issues.  Ms Logan’s earlier roles in the department include Director of the Pakistan section, Director of the Counter-Terrorism section and Executive Officer in the Arms Control and Western Europe branches.