In collaboration with
International Relations and European Affairs Program

The event will be conducted in English

ACG is a smoke-free campus 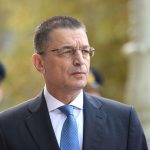 Alkiviadis Stefanis was born on October 7, 1959, in Athens and comes from Agiasos, Mytilene.

As a graduate from the Hellenic Military Academy (Evelpidon), he has attended all required Armor Officer Training Courses, as well as the US Army Armored Advanced Course (Army Armor School, Fort Knox, Kentucky).

He graduated from the Supreme War College, National Defence College and the National Defense University (NDU) in Washington DC, US, from where he gained a MSc in National Security Strategy.

Ambassador Yannis-Alexis Zepos was born in Athens, Greece. He graduated from the Faculty of Law, Department of Law and Economic Sciences of the University of Athens.

In November 1974, he entered the Greek Diplomatic Service and served initially as Attaché of Embassy, at the Western European Political Affairs Directorate and, later on, at the Diplomatic Office of the President of the Republic.

During his career, he served in the Ministry of Foreign Affairs, at the Department for Western European Political Affairs (1980 – 1982), and at the Department for Balkan, Central and Eastern European Political Affairs, including the then U.S.S.R. (1990 – 1992). He later on served as Director of the Diplomatic Office of the Minister of Foreign Affairs (2002-2004). Abroad, he served in diplomatic Missions, in Portugal, Egypt, Spain, US, Belgium, and India. •  In October 2009, he was appointed Secretary General of the Ministry of Foreign Affairs, a position he held until July 2012. •       Also, in 2009 he became a member of the “Group of Experts” with Madeleine Albright, to draft the new Strategic Concept of the North Atlantic Alliance (NATO)

Ambassador Zepos was awarded the Grand Cross of the Greek Order of the Phoenix and has received decorations from Cyprus, Portugal, Italy, Egypt, Spain, France, the Netherlands and the Patriarchate of Alexandria and All Africa.

He is currently Chairman of the Board of the “Citizens Movement for an Open Society” and a Special Advisor of the “ELIAMEP” think tank. He is also a member of “The Friends of Music Society” of the Athens Megaron and of the “Parnassos” Literary Club. He has published a book under the title “A Diplomatic Journey”, as well as a number of articles relating to foreign policy and other issues in newspapers and magazines. 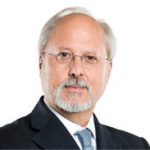 Ambassador Stamatopoulos has a Bsc in International Relations from the London School of Economics in the UK, a Masters in the same field from McGill University in Canada, and a Masters in Communication from Georgia State University in the USA.

He entered the Greek Foreign Service in 1979 and has a distinguished record of public service.

Gaining considerable experience in European Union matters, he served as Head of the External Affairs Section of the Permanent Representation of Greece to the European Union where he was intimately involved, inter alia, in the development of EU policy for the Western Balkans and of the instruments of EU foreign and security policy, especially the Political and Security Committee and the Office of the High Representative for Foreign and Security Policy. He later served as Director General for European Union Affairs at the Foreign Ministry in Athens and as personal representative of the Prime Minister for the Lisbon Treaty negotiations.

He has also served as Consul in Atlanta, as Consul General in Alexandria, and as Ambassador to Bulgaria.

Ambassador Stamatopoulos also has extensive NATO experience, having served as Minister Plenipotentiary in the Greek Delegation to NATO from 2000 to 2004, and as Greece’s Ambassador and Permanent Representative on the North Atlantic Council from 2007 to 2012. He was particularly closely involved in the negotiations for the current Strategic Concept and in the development of NATO’s partnership policy.

Ambassador Stamatopoulos was NATO’s Assistant Secretary General for Political Affairs and Security Policy from August 2013 until September 2016. Among his responsibilities were the conduct of the Alliance’s political and security relations, including the adjustment of policy towards Russia following the occupation of Crimea, of relations between NATO and its other 43 partners in North Africa, the Middle East, Eastern Europe, and Asia, the institution of closer cooperation with the UN and especially with the EU, and the chairing of important negotiations such as those for the Wales and the Warsaw Summit Declarations. 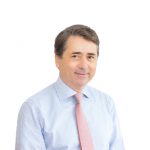 Dr Papadopoulos studied economics at the University of Sussex, England, obtaining his doctorate in 1984. He began his professional life as a career diplomat, and for many years specialized in EU affairs. In 1997-8, he spent a year at Harvard University as a Fellow of the Weatherhead Center for International Affairs.  He subsequently moved to the banking industry and Eurobank EFG where he worked for 13 years as Advisor on European and Economic Affairs. In 2010-2012 he was Secretary-General for International Economic Relations & Development Cooperation at the Hellenic Ministry of Foreign Affairs, in charge of Greece’s economic relations with the rest of the world, as well as trade and investment promotion.

Since Sept. 2015, Dr Papadopoulos has been teaching the following courses at Deree: Business in the EU, International Business, Business Negotiation, Diplomacy and Modern European History & Politics.

His research interests include European integration, EMU, Greek-Turkish relations and the economic crisis in Greece and Europe.

Dr Papadopoulos is a member of the Academic Board of the College’s Institute of Global Affairs.