Greek diaspora in times of crises and uncertainty 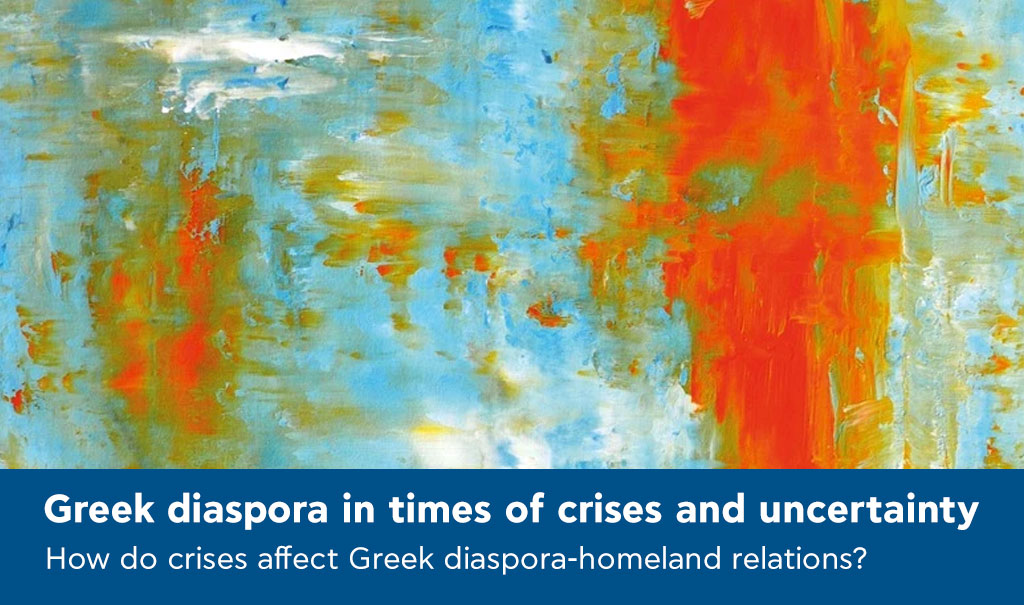 When: Tuesday, December 6, 2022 | 18:00-19:30 Where: ACG Events Hall, Aghia Paraskevi Campus, 6 Gravias Str. Organized by: ACG Institute for Hellenic Culture and the Liberal Arts ACG Institute of Global Affairs   About the event On

On the occasion of the publication of the book Diaspora engagement in times of severe economic crisis: Greece and beyond (2022, Palgrave Macmillan), the panelists will address the state of Greece’s relations with its diasporas as these have evolved during the recent years of consecutive crises and uncertainty. The panelists will discuss the significance of diasporic institutions, crises-driven migration and diasporic mobility, diasporic solidarity with the motherland, the role of diasporic networks and associations in the era of technological communication. Join us for a compelling and original discussion on the role and significance of Hellenism abroad.

Bios of the speakers
(in alphabetical order) 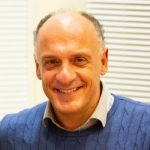 Othon Anastasakis is Director of the European Studies Centre, Oxford; Director of South East European Studies at Oxford (SEESOX); Senior Research Fellow at St Antony’s College, Oxford; Visiting Professor at the Prague University of Economics and Business. He is the Principal Investigator of the Greek Diaspora Project at the University of Oxford; Principal Investigator of the project on Migration Diplomacy: EU-Turkey relations. He is the editor and co-author of several books including more recently Diaspora engagement in times of severe economic crisis: Greece and beyond (Palgrave Macmillan 2022); The Greek Military Dictatorship: Revisiting a troubled past (Berghahn 2021); The Legacy of Yugoslavia: Politics, economy and society (I.B. Tauris/Bloomsbury, 2020). Balkan legacies of the Great War: The past is never dead (Palgrave Macmillan, 2016). He has also written on: Populism, illiberalism and far right; Comparative European politics; Migration and diaspora studies; Balkan party politics; South East European geopolitics; Greek-Turkish relations; Greek politics; Russia and the Balkans. 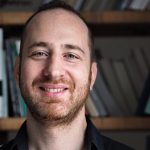 Manolis Pratsinakis is Assistant Professor in Social Geography at Harokopio University and research affiliate at the Centre on Migration, Policy, and Society at the University of Oxford. He was previously Departmental Lecturer in Migration Studies at the School of Anthropology, University of Oxford and SEESOX/Onassis fellow at the Department of Politics and International Relations, University of Oxford. Before he was Marie Curie postdoctoral fellow at the University of Macedonia, and lecturer at the University of Amsterdam. His academic interests broadly concern the study of migration and nationalism. He has done research and published on immigrant-native relations, ethnic boundaries and categorisation, everyday nationhood, brain drain, and intra-EU mobility in the post 2008 period. Manolis has studied Geography (BA) and Migration Studies (MA) and completed his PhD in  Urban Ethnography and Ethnic Studies. 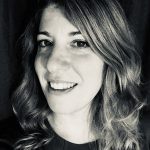 Lamprini Rori is an Assistant Professor in Political Analysis at the University of Athens.  Before joining the University of Athens, she was a Lecturer in Politics at Exeter University, Jean Monnet Fellow at EUI, the AG Leventis Visiting Fellow in Modern Greek Studies, at SEESOX in St Antony’s College, University of Oxford and previously a Marie Curie (IE) Post-Doctoral Research Fellow, hosted by the Faculty of Media and Communication at Bournemouth University.  She has worked in research projects on political behavior in crisis-ridden Greece (radicalism, indignants’ movements) and the Greek diaspora. Also, she has published on party change, elections, campaigns, the far right in Europe, political violence and the rise of right-wing extremism. 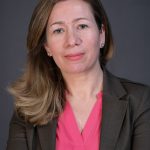 Katerina Sokou is a Nonresident Senior Fellow at the Future Europe Initiative of the Atlantic Council and the inaugural Theodore Couloumbis Research Fellow on “Greek-American Relations” at ELIAMEP. She is the Washington DC correspondent for Greek daily newspaper Kathimerini, where she is also a columnist. In Washington since 2013, she has been a visiting scholar at George Washington University’s Elliott School of International Affairs, where she conducted research on the U.S. role in the Greek debt crisis, a member of the editorial board at the European Institute, has written for the Washington Post, and corresponded for SKAI TV.

Katerina studied History (First Class Honors) at the University of Ioannina and holds postgraduate degrees in International Studies from the University of Warwick and in Journalism from Columbia University, where she was a Knight-Bagehot Fellow in Economics and Business Journalism. She started her career as a financial reporter at To Vima, covering Greece and the Eurozone, and was International Financial News editor at Kathimerini during the global financial crisis. She has covered extensively the Greek financial crisis, providing commentary for news media in the US and Europe. Katerina is a PhD candidate at the University of Piraeus, a director at The Hellenic Initiative Canada, a member of the advisory committee at the Society for Hellenism and Philhellenism, and a member of the Hellenic American Women’s Council. 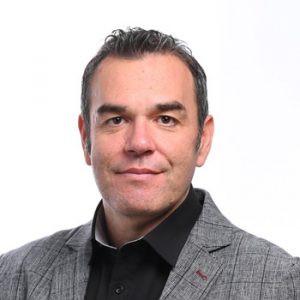 Dr. Panos Vlachopoulos is the newly appointed Executive Dean of Deree-The American College of Greece. He has an extensive record of research, teaching and administration. He holds a Ph.D. in Education from the University of Aberdeen, a Master’s in Education from the University of Manchester, and a B.A. in Philosophy and Pedagogy from the Aristotle University of Greece. Dean Vlachopoulos has published numerous scholarly works in the area of Education-with a special focus on the relationship between technology and learning-and has held numerous grants in areas related to Pedagogy.  Dean Vlachopoulos is also a research collaborator in the MiGrant project team, which aims at exploring young Greek migration trajectories in Australia and Germany during the time of the economic crises.

Bio of the moderator 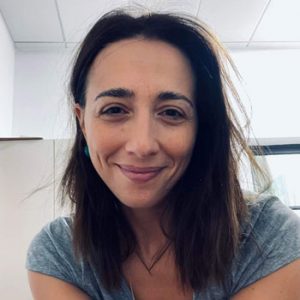 Eirini Karamouzi is Associate Professor of Contemporary History at the University of Sheffield. She is the author of Greece, the EEC and the Cold War: The Second Enlargement as well as co-editor of The Balkans in the Cold War. She has held fellowships at EUI, LSE, Yale, and University of Tampere. She is editor of Contemporary European History journal. She has published extensively on issues of history of European integration, European Cold War, peace mobilization in Southern Europe, and Balkan cooperation. She co-directs an AHRC network grant on global anti-nuclear activism. Her new project deals with the role of tourism and mobility in constructing a Southern European identity.