Digitization as a reform: the case of Greece

When: Tuesday January 17, 2023 |14:10- 15:30 (student activity hour) Where: ACG Events Hall, The American College of Greece About the event An interactive discussion with Kyriakos Pierrakakis, Minister of Digital Governance of

Where: ACG Events Hall, The American College of Greece

An interactive discussion with Kyriakos Pierrakakis, Minister of Digital Governance of Greece one on one with Apostolos Mangiriadis, News Anchor at ERT. 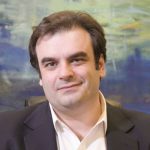 Kyriakos Pierrakakis is the Minister of Digital Governance in the Cabinet of Kyriakos Mitsotakis.

He served as Director of Research at Dianeosis, an independent non-profit think tank. He produced an array of research papers with a strong focus on economic growth and understanding the prevailing perceptions and beliefs among Greeks.

He has also worked on technology policy for various research institutes in Greece and abroad and headed Youth Foundation as president.

He was born on 1983 in Athens. He is married with three children. He speaks English and French. 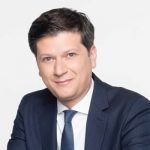 Apostolos Mangiriadis is the News Anchor of Hellenic Broadcasting Corporation (ERT). Previously he worked as a Political Correspondent for SKAI TV and SKAI Radio and as a News Anchor for the network’s nightly newscast.

He was the Editor-in-Chief of “Histories” for SKAI TV, the country’s leading current affairs tv program, and worked as a political correspondent/columnist for TA NEA newspaper, Greece’s historic daily. Previously he was a Political Correspondent for MEGA TV.

He is a frequent contributor to newspaper and magazine publications. He conducts media training and coaching workshops for senior executives of big companies and moderation at corporate events.

Mr. Mangiriadis holds a Master in International Affairs from Columbia University in New York and a BA in Political Science from the Athens Law School. He was born and raised in Theesaloniki, Greece in 1979.