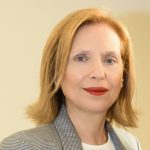 Anna Tzortzi, MD, FCCP, obtained her Medical Degree from the Aristotle University of Thessaloniki School of Medicine and her specialization in Pulmonology from the “Athens Chest Disease Hospital Sotiria” (1986-1990).

Anna participates in EU funded projects (Horizon 2020) such as:

As a member of the “Social Mission Clinic», operated by the Athens Medical Association and the NGO Apostoli, she offers medical consultations and lung function tests to citizens in need.

Twice a year she offers medical consultations and spirometry to the citizens of the remote Greek islands she visits through her membership in the NGO “Symplefsi”.