Cancer is a generic term for a group of diseases which can affect any body organ or system characterized by rapid, uncontrollable and abnormal cell growth and division, as well as the ability to spread throughout the body (metastasis). The cancer is usually named after the organ where it started from, for example lung cancer whereas metastasis from another organ to the lungs is not lung cancer, but cancer of the organ of origin that has spread to the lungs.

Tobacco smoke through both active and passive smoking is responsible for more than 80% of all lung cancer cases indicating it is a highly preventable disease. A much smaller percentage of cases are attributed to occupational and environmental exposures to known carcinogenic factors such as asbestos, radiation, radon, beryllium, chromium, diesel exhaust and arsenic. 2

An important characteristic of lung cancer is that it develops slowly over time usually taking up to two decades for signs and symptoms to appear (time-lag effect).

In reality, the negative health effects begin from the first cigarette and cumulatively add-up over time (dose and duration-dependent). That’s why physicians ask about the number of cigarettes smoked per day and years of smoking so they can calculate number of pack-years (PY).

Symptoms of lung cancer are relatively vague and vary by each person. Many times symptoms do not present until the cancer has spread to the rest of the body. Some of the symptoms can include:3

Lung cancer caused by tobacco smoke is completely preventable through tobacco smoking prevention and cessation. There is no safe limit for smoking or passive smoking. It is highly recommended to avoid smoking and second-hand smoke in order to prevent ever occurrence of lung cancer.

Since smokers are considered a high risk population for lung cancer, the Hellenic Thoracic Society but also European and American Respiratory Societies recommend:

Lung cancer is the 3rd overall cause of death in Greece. Additionally, tobacco use is the risk factor responsible for the highest mortality and disability in Greece 5. 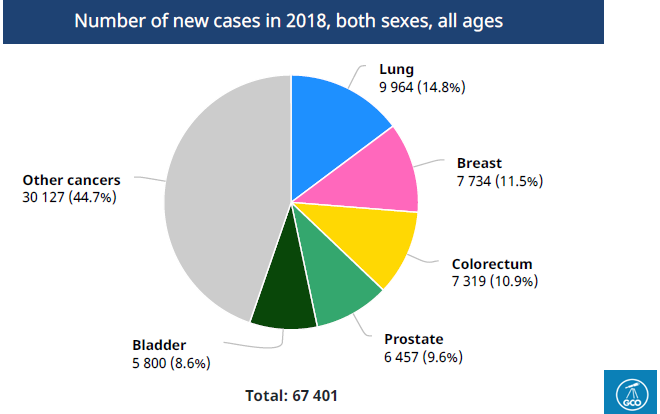 Lung cancer is the most common cancer incidence in Greece, accounting for 14.8% of new cancer cases in Greece in 20186. 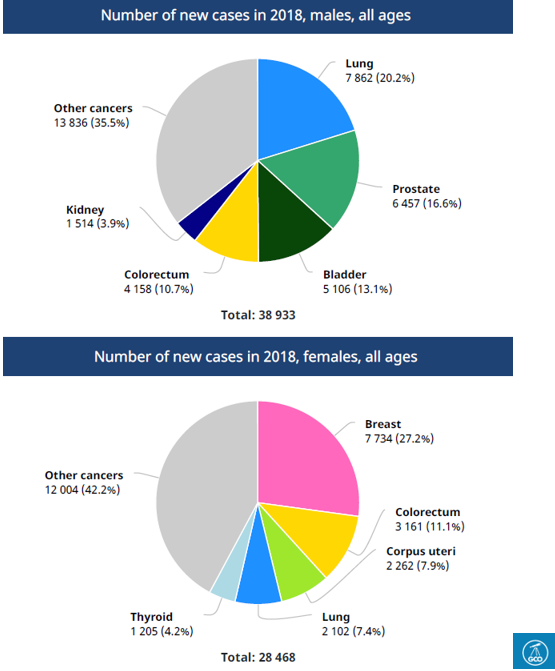 Smoking and Passive smoking are decreasing in Greece!

Since summer 2019, the new smoking ban law has been widely accepted by the Greek public. The law-abiding behavior has led to a dramatic decline in the exposure of non-smokers to second hand smoke a documented cause for lung cancer as well.