customize
Home » Why Give » Gifts of Note » William S. Deree – the Legacy Inspires 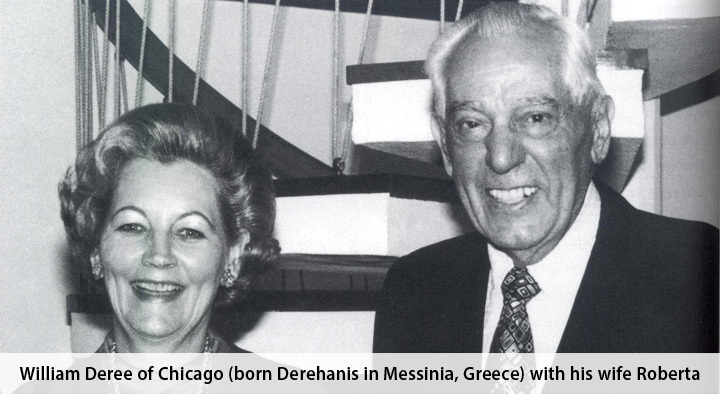 DEREE-The American College of Greece owes a big debt of gratitude to William S. Deree (1891-1982), who was born Socrates Vasilios Derehanis in Ambelona, Messinia, in the Peloponnese, and was such an inspirational and tireless benefactor of the College, that the undergraduate division was re-named DEREE College after him in 1973.

William Deree eventually moved to Milwaukee, Wisconsin in the US to find work with family just after the turn of the 20th century.

He worked at various jobs and became a successful salesperson, falling in love with the Windy City while on business and soon relocating to Chicago. His work as a sugar broker made his fortune, only for him to find it wiped away by the stock market crash of 1929.

But, he rebounded and at the time of his death, in 1982, was a director of Des Plaines National Bank in Illinois, of which he was also a founder. He also owned several thousand acres of land in southern Arizona.

Mr Deree was perhaps best known as the founder and president of Alco-Deree Co – a steel products wholesale firm in Chicago – for his real estate portfolio, as well as for his philanthropy. In 1922, he met and married Marion Zwick, who passed away in 1967.

In 1958, on a trip to Greece, he established the William S. and Marion Z. Deree Foundation to help young people from Ambelona get an education and to help his village recover from World War II.

He also donated vast amounts of his fortune to the American College of Greece, and was made a life member of its board after illness forced him to step aside as an active director in 1977. A Deree scholarship was also subsequently established in his honor.

Thank you William S. Deree for your vision and generous support!