customize
Home » Why Give » Gifts of Note » Thank you London Academy of Music & Dramatic Arts! 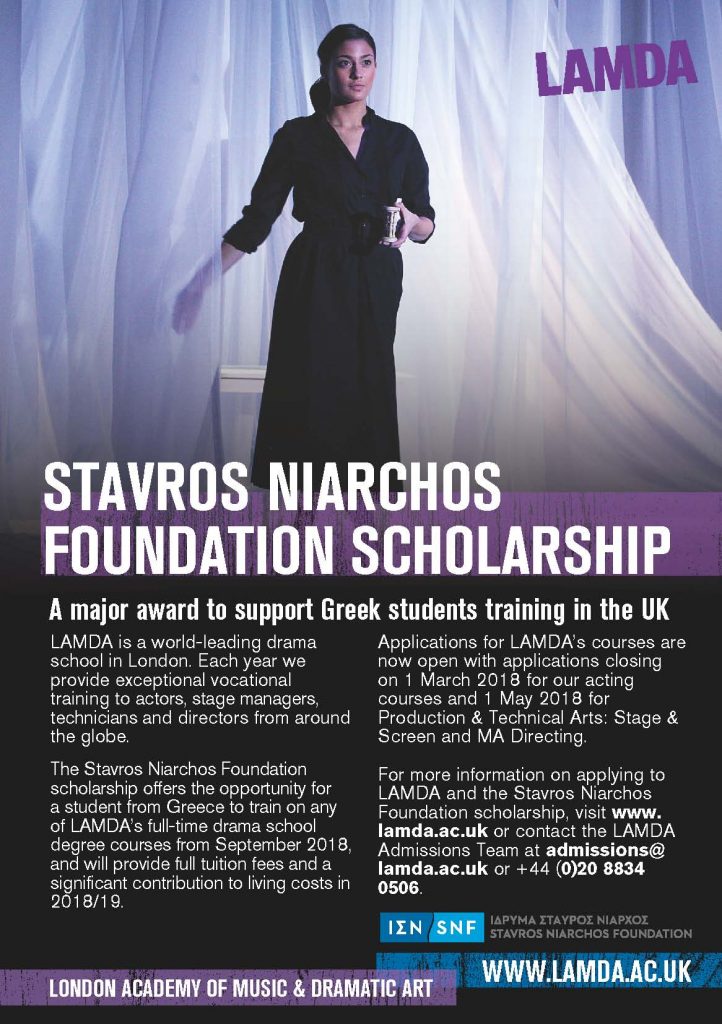 The American College of Greece (ACG) is deeply grateful to the London Academy of Music & Dramatic Arts (LAMDA) for generously providing two scholarships – one to a Deree student and one to a Deree alumna from the Frances Rich School of Fine & Performing Arts, (FRSFPA) – worth £20,000 – to study a short course at LAMDA. The extensive scholarships covered not just the course tuition, but also stipends taking care of the students’ accommodation, food and personal expenses, inner city travel, flights to and from London, travel and health insurance – as well tickets for performances and exhibits in order to further enhance their learning experience.

Deree music major Daphne Gerogianni and music performance 2018 graduate Melia Tsoutsia were very excited to receive the two LAMDA scholarships to attend the inspiring courses in London. These scholarships were also made possible by a generous grant that the Stavros Niarchos Foundation (SNF) provided LAMDA, which in turn chose to use these funds to generously support the two FRSFPA students/alumni to study at LAMDA.

On her part, Bethany McDonald Shepherd noted how “delighted LAMDA is to have partnered with Deree-ACG to ensure the successful recruitment of two Greek students to our short courses,” adding that, “in these uncertain times, it is of utmost importance for LAMDA to maintain and grow its relationships with EU partners – especially those that enable the diversity of cultures to flourish.”

Both LAMDA scholarship recipients wax lyrically about their LAMDA courses and express their gratitude to both The American College of Greece and LAMDA for the opportunity to study the short courses at LAMDA on full scholarships.

Daphne Gerogianni, a top Deree student now in her senior year of music studies, took part in the LAMDA Screen Acting Course, 20 – 31 August 2018, to add to her diverse artistic background in Music and Theatre. Daphne has also studied theater at the HB Studio in New York and in Athens, and according to her tutors at the FRSFPA is “highly creative, responsible, dedicated and passionate in her work – consistently achieving top marks. She is also gifted with a charismatic personality, exceptional ethos, strongly-academically inclined, as well as artistic with interpersonal qualities.” 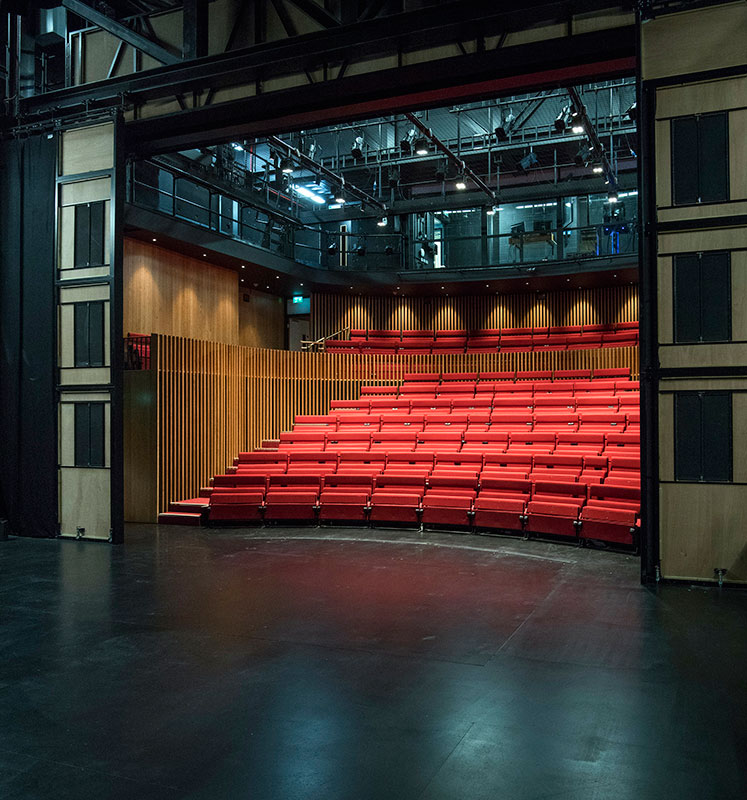 “Although my involvement with LAMDA was indeed very brief, I feel that I received a truly amazing, very strong training experience,” says Daphne, adding “All of our instructors were very enthusiastic and passionate about their job, showing great creativity, while at the same time being actively involved in the industry.” Daphne also notes that she would recommend the LAMDA programs to others because “besides my own brief but excellent training experience, I would stress the fact that LAMDA is included in the “top five list” of best dramas schools in London – one of the greatest theater cities in the world,” with very high employability rates for its graduates. “Not to mention that the current president (as of 2000 and graduate) is Benedict Cumberbatch!”

Daphne enthuses how she learned a great deal on the course, which focused on acquiring the practical skills necessary for an actor to enter the challenging and demanding worlds of the television and film industries. “Working both one-to-one and in small groups, we explored a variety of roles, and learned how to interpret a screenplay, develop credible characters, and also how to break down a scene from the perspective of both the actor and director, while we also learned editing and post-production skills”.

Fellow LAMDA scholarship recipient Melia Tsoutsia, a 2018 Deree Music Performance alum, who graduated with distinction, (and is also a Pierce 2013 graduate) has consistently earned top marks in her studies and is known for her strong work ethic, high acumen, impressive talent and winning personality, according to her tutors at FRSFPA. As a vocalist, she has studied and performed a wide range of musical styles from classical to modern – including musical theatre. She is truly gifted, with a charming stage presence, an expressive vocal and theatrical quality, with strong academic and writing skills to boot.

Melia raves about the LAMDA Semester Program in Classical Acting she took in the Fall of 2018 – an intensive burst of British conservatoire training for UK and international students centered on Shakespeare’s late plays and comedies and Jacobean tragedy.

“Studying at LAMDA was a transformative experience not only for me, but for most of my fellow students,” says Melia, adding “I can remember how fortunate we felt to be there, experiencing the same process of breaking our boundaries and pushing our limits; truly we will always have a very special bond between us.”

Melia also enthuses on the most unique aspect of the experience – “the feeling they create in you that we are an ensemble…through acting exercises, we were forced to understand each other more and develop our emotional intelligence, which has to be intact if one wants to become an actor.” Melia adds that “LAMDA challenges you to rediscover your imagination by giving you so much stimuli through their courses, that it opens you up to seeing and searching for what is blocking you and getting in the way of your acting, offering you an extraordinary set of tools that you can take with you…I recommend it to people who love art and believe in art …LAMDA exceeded my expectations of what can be achieved within four months from a non-actor student. I feel like I know and understand Shakespeare that much more now; I did not expect that we would touch upon different acting techniques and methods such as those of Stanislavsky, Strasberg and Meisner, or Alexander F.M. and Rudolf Laban and apply them on Shakespeare. LAMDA has brought me back in touch with my imagination, the experience of the moment, and belief and trust in myself,” she concludes.