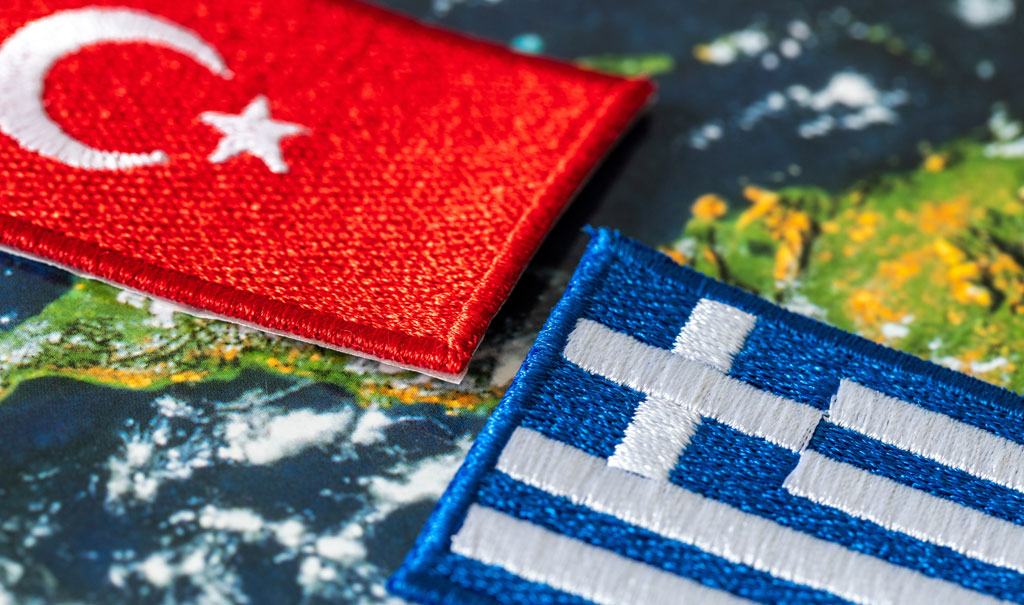 Dr. Constantinos Filis, Director of the Institute of Global Affairs and Professor of International Relations at The American College of Greece, joined Thanos Davelis, host of the Greek Current podcast, in a discussion on the latest provocation from Devlet Bahcelli, Turkish President Erdogan’s far-right coalition partner. He presented a map of the Aegean depicting many Greek islands as Turkish, including Crete. The map prompted a strong reaction from Greece, including Prime Minister Kyriakos Mitsotakis.

Is the latest map, which shows half of the Aegean as Turkish, a sign that we are in for new escalations and provocations on the part of Ankara? Dr. Filis replied that we should point out the following distinction – a provocative statement from a Turkish official is one thing, a map that is a provocation that reaffirms aggressive Turkish revisionism is another and actions on the ground are yet another thing. So in the case of the Blue Homeland map, which has become the official doctrine of Turkish policy, we are not talking about the mere provocation but the expression of aggressive revisionism that includes the territory of a third country.

Prime Minister Mitsotakis called on the Turkish President to clarify whether this is, in fact, Turkish policy or a “fever dream” of extremists. In Dr. Filis’ view, Erdogan should clarify this, and the Greek PM was right to ask Erdogan to condemn the opinion of Bahcelli’s party. Until recently, Erdogan had not expressed hostile intentions towards Greece, yet he seems to have started backing the agenda of the nationalists, whether out of the need for political survival or because he now feels free to show his real self.

Dr. Filis commented that Erdogan is at his weakest point yet, and the extremist stance is nothing more than the genuine expression of nationalism that permeates the Turkish political elite and a portion of Turkish society. Could it be because of his political weakness that the influence of Erdogan’s nationalist coalition partners is increasing, especially in shaping Turkey’s foreign policy? Dr. Filis stated that Bahcelli gives Erdogan his parliamentary majority, but his usefulness can be exhausted if Erdogan finds a way to break the opposition front. If Erdogan decides to align with other parties, all, with the exception of the Kurdish labor party, have identical views regarding Greece and Cyprus.

Dr. Filis commented that as we head towards a post-Western world, there appears to be a lack of rules and values. The Post-Cold War era created a lot of injustice and social inequality, rife with Western hypocrisy, especially in the past of the US. In an environment like this, we can feel the revisionist’s breadth of a neighbor using similar practices to impose its will, similar to Russia in Ukraine. What is saving Greece is our strong alliances, economy and military. With the war in Ukraine, Turkey feels that its position has been upgraded, giving it the opportunity to exhibit its revisionist intentions. In Dr. Filis’ view, this is extremely dangerous and has to be moderated immediately:

Transactional diplomacy always favors the opportunists and not the countries that follow a policy of principles of value. It is an opportunity for everyone who has developed an allergy to revisionism in its use of force to condemn Bahcelli’s position and take a stance against Turkey’s aspirations in the wider region.