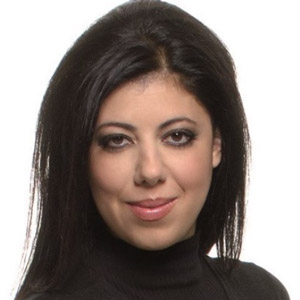 Tatiana Papageorgiou, has been teaching music theory, piano, twentieth-century music and appreciation courses in film music and Greek music at ACG-Deree since 1999. She is a concert pianist with diverse professional activity as performer, arranger, teacher and musicologist. A graduate of the Royal College of Music and the Royal Academy of Music in London, she pursued advanced studies in piano and theory, as a scholar of the British Council, the Greek State Scholarships Foundation and the Royal College of Music. Her teachers have included the legendary pianists Lev Vlassenko and Yonty Solomon. Her concert appearances have taken her around the world, including Europe, Australia, North and South America, Africa and China and she has performed as a soloist with orchestras including the London Philharmonic, the Moscow New Opera, the Beijing Symphony, the Philharmonic of Central Germany and the Athens State Symphony. Her groundbreaking doctoral research into the symphonic music of Mikis Theodorakis has resulted in the unearthing of unpublished works, in music editorial work, various arrangements, transcriptions and orchestrations of his works, as well as world first performances and a complete recording of his piano and symphonic music in close collaboration with the composer. Her recent piano arrangements of Theodorakis’ songs, ballets and film scores have been published by Schott International in 2011 and have been praised by the international press.