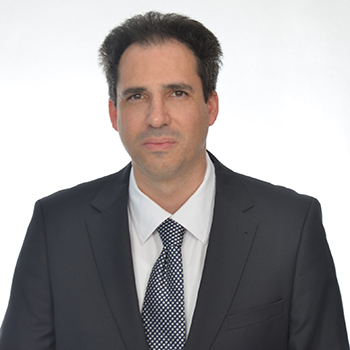 Dr. Raymond Petridis has been a member of the Deree Philosophy Faculty since January 2018. He currently teaches Ethics, Ancient Philosophy, 19th & 20th century Continental Thought and Epistemology. Prior to his current position, he taught ancient and modern philosophy at Eugene Lang College, New York, College Year in Athens and the Cultural Organization of Open Art. He was a Visiting Researcher in the Dept. of Political Science & International Relations of the University of Peloponnese and translator & academic coordinator for the P. Kondylis Freundeskreis e.V. – Germany.

His research background includes the areas of Continental Philosophy, Ethics, Social Ontology and Political Theology. He is the author of Kondylis and the Problem of Nihilism (ProQuest, University of Michigan Dissertations Publishing 2013) and Hegel and Kondylis (Eurasia Publications 1st edition 2011; 2nd edition 2017 – in Greek). His most recent articles include: “Power and Authority in Kondylis’ Late Work”, “The Philosophical Importance of Tragedy in Nietzsche’s Work”. He is a specialized Kondylis & Nietzsche scholar and is currently working on a comparative project in the field of intersubjective theory of recognition and subjection.