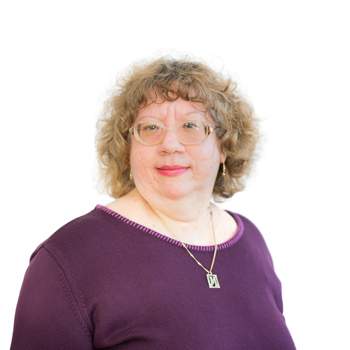 Marianthe Frankos has been a full-time instructor in the Writing Program of the English Department since 1988. She has taught courses both at Deree as well as at the Junior College (2005-2012) She also has worked as a Tutor in SASS (formally known as the Writing Center) both at Deree between 2003-2015 as well as at the Junior College between 2005-2012 where in addition to tutoring, she also held a variety of workshops for students involving study skills. She currently teaches first year academic writing courses in the Writing Program.

Ms. Frankos holds a BA (With Distinction) in English Literature from Deree – The American College of Greece and an M.A. from St. John’s University of New York with a concentration in 18th Century Literature. Her academic interests involve teaching and pedagogy, effective classroom management, learning styles, tutoring, educational assessment, and the use of technology in teaching and research. She attends conferences, workshops, and lectures every year that enable her to keep up to date with her interests. Ms. Frankos is a member of various professional organizations, among which include the European Association for the Teaching of Academic Writing (EATAW), the International Academic Association for the Enrichment of Learning in Higher Education (LIHE), and TESOL Greece.