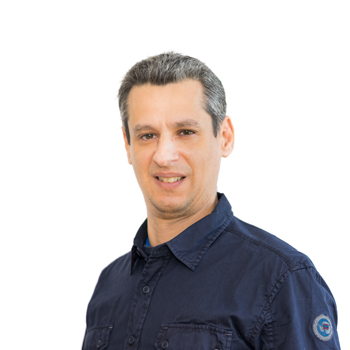 Dr. Markantonatos – De Brown has been a member of the Deree Science and Mathematics Department since 2007 and has taught across the mathematics/statistics and physics areas curricula. He currently teaches Pre Calculus, Applied Calculus, Statistics, Applied Statistics, Physics, Modern Physics and Astronomy and is the supervisor of the Deree Physics Lab. Dr. Markantonatos-De Brown has also worked as lecturer at the University of Indianapolis where he taught Statistics, Mathematics for Engineering and Astronomy. He has also supervised a number of engineering projects on aerodynamics. His research interests focus mostly on cosmology of the pre-inflation era and galactic formation / dynamics as a consequence of a central super-massive black hole (in collaboration as an external researcher of the Galactic Dynamics Group (NASA)). Dr. Markantonatos-De Brown serves as advisor to the Deree Astronomy Club.