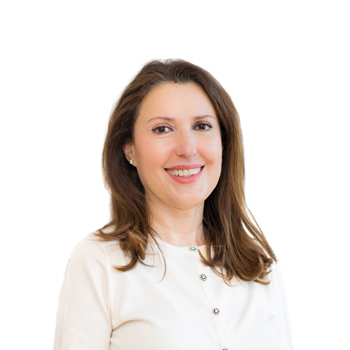 Georgia Dima has been a member of the Deree Department English and Modern Languages faculty since 1990. She teaches French as a modern Language (all levels I-III) and Business French. She is especially interested in French cinema and music, as well as the learning of language through authentic situations. Georgia Dima received her PhD in Linguistics with high distinction from the University of Paris XIII in France. Her research interests include a semantic and syntactic analysis in causal phrases in French for further development into electronic media. She is also a holder of a Master of Sciences (D.E.A.) in Linguistics and Language Teaching with particular focus on “The Role of the Mother Tongue in Foreign Language Teaching” from the University of Stendhal of Grenoble III.