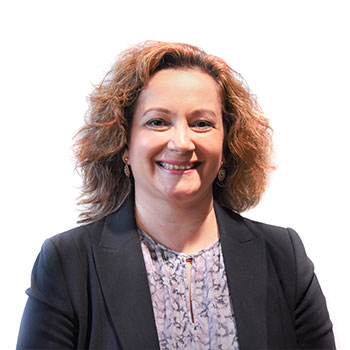 On completion of her postgraduate studies at University College London, Evangelia Kalianos moved to Greece and started teaching English for Specific Purposes and Exam Preparation Classes in Athens.  She has been a member of the Deree faculty since 2011 and has taught all of the four courses in the English for Academic Purposes Program.

In addition to her academic qualifications, she has completed several methodology courses including the Cambridge CELTA and is nearing the end of the Cambridge DELTA.

Apart from her teaching, she also has extensive experience of oral examining and script marking, having worked for most of the exam boards in Greece, including the Michigan State University exam (since 2011) and the British Council (since 2008).