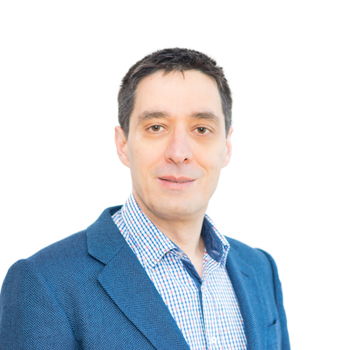 Dr. Dimitrios Vogiatzis has been a member of the Deree Information Technology faculty since 2010. He teaches courses within the CIS and IT departments in the areas of intelligent systems, theoretical computer science, and software development. Over the past 15 years, he has been involved in research within the areas of computational intelligence, neural networks, user modelling, recommender systems and social networks. He has published more than 35 articles in referred journals and conference proceedings. Dr. Vogiatzis has participated in 12 national and European research projects. Moreover, he has served as collaborating researcher at the National Technical University of Athens, as visiting lecturer at the Department of Computer Science at the University of Cyprus, and as collaborating researcher at the NCSR “Demokritos”. He has also acted as a reviewer at various conferences and journals and as a consultant to the European Network and Information Security Agency.