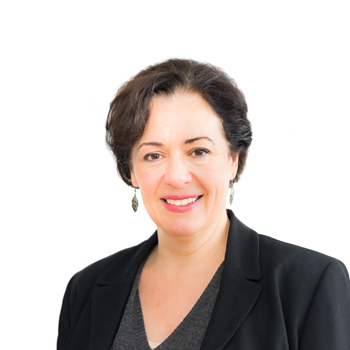 Leslie Jones is currently the Head of the Music Department at Deree where she has been teaching music history and music appreciation courses since 1992. She has been instrumental in the development of the Music curriculum at Deree including the introduction of the Music Performance major and oversight of revisions to the curriculum in 2011 and 2015. She began her music studies in Portland, Oregon U.S.A. where she attended Portland State University and was a member of the Portland Youth Philharmonic. She continued her studies in New York, and at the same time free-lanced with various orchestras and also participated in major festivals, including the Aspen Music Festival, the Grand Teton Orchestra Festival, and the International Chamber Music Festival of San Miguel de Allende, Mexico. She has performed in major concert halls in New York, London, Madrid and Athens, and has been a member of several orchestras in Greece, including the KAMERATA – Orchestra of the Friends of Music (UK tour with concerts at the Royal Festival Hall and the Bath Festival), the State Orchestra of Athens, the Orchestra of Colours, and the Deree Chamber Orchestra. As the cellist of the Deree Piano Trio, Ms. Jones has recorded two CDs of classical and romantic works at the American College of Greece. She has premiered contemporary chamber works at the Megaro Concert Hall Athens in association with the Union of Greek Composers, and has recently completed a contemporary music recording project of works by Greek composers with the Bridge String Quartet. She continues to collaborate with the Bridge String Quartet, and as a cellist of a guitar duo with DEREE faculty Dr. Giannis Petridis. In June of 2014 she participated in the Scholar-in-Residence program at NYU with the Faculty Resource Network.