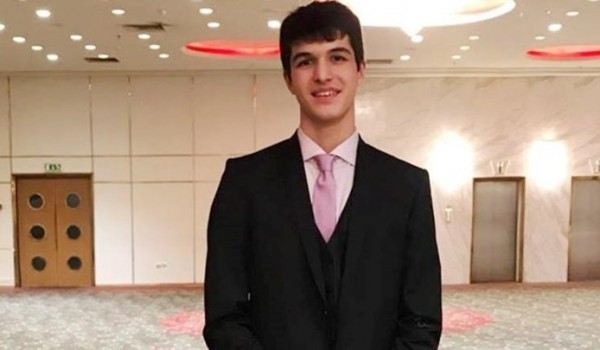 The American College of Greece is proud of Pierce student, Giannis Chatziveroglou, who has been accepted to the Massachusetts Institute of Technology (MIT), a private research university in Cambridge, Massachusetts, and one among the largest, most important and reputable universities in the world.

Born in 2000, the Pierce student and guard-forward for the Panathinaikos basketball team, successfully passed the entry examinations of the top American university, and will soon visit Boston to study Computer Science and Mathematics, and play for the MIT basketball team!

Giannis has always been a top student. Since the 7th Grade, and throughout his school years, his GPA never dropped below 19/20!

He started playing for Panathinaikos during the summer of 2016, as soon as the Pan-European championship concluded, where he played for the Greek National under-17 team. His focus, though, has always been his studies. “My efforts to gain entry to American universities lasted three years. When I first became interested, I searched all over the internet to find out what was offered and saw the rankings” he said.

MIT expressed its interest for Chatziveroglou, inviting him to its camps, where the coaches were very impressed with his performance and abilities. MIT’s positive response to his application was the product of great effort, which Pierce wholeheartedly supported from the very beginning.

This great success reflects the main pillar of Pierce’s philosophy, to provide holistic education to its students and help them develop talents and skills that lead to multifaceted and complete personalities.