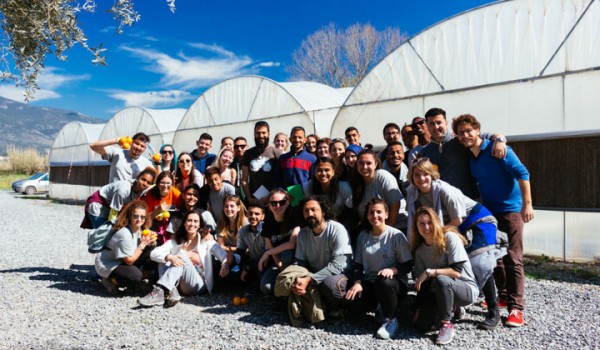 It’s easy to get caught up in the numbers, to think of people as statistics.
Behind every human though, there’s a story. The students of the Education Unites: From Camp to Campus program have their own, one of hope and solidarity. The goal of the program is to provide opportunities for displaced students to continue their education; provide them with knowledge, skills and academic credits they can use either in Greece or in any other European country they move to in the future; help them get out of the camps and become integrated in local colleges; to offer young refugees hope for the future.

The program’s aim is to combat a grim statistic: that 99% of refugees end up discontinuing their higher education studies, resulting in a lack of opportunity for a professional life.

Refugee response was immense. After over 400 applications and dozens of interviews from refugees and asylum seekers, a total of 99 students were selected.

The selection procedure wasn’t easy, as Kathleen Macdonell, the Program’s Consultant, describes to Touch Base. Students over 18 years of age were selected who were already in the process of applying for asylum and who had completed at least high school.

Most importantly, what Macdonell and the Admissions teams looked for was evidence of success. They were looking for students who could adhere to a rigorous program and, most importantly, adapt. The selected participants didn’t want to identify as refugees, but as students. They’re proud individuals, who are striving to remake what they’ve lost.

Musab Elattaya (Sudan), explains “I want to prove to myself that even after crossing all these borders and living through difficult situations, if you don’t lose hope, you can make a better life for yourself.” The common thread they all have is the belief in basic human rights. Coming from a place of vulnerability, they want to live a new life, one free of war and suffering. They want to impact and integrate with the society they’re in.

Testament to this, the 10 Education Unites students who joined another 18 Deree students, both domestic, international and Study Abroad, to participate in the most diverse Meaningful Engagement Program to date.

Started as an initiative of Dr. Matilda Chatzipanagiotou, Dean of Students and human rights expert, in 2016, following her visit to Lesvos, and consistently supported by the Deree Student Government since Fall 2016, the Meaningful Engagement Trip is Deree’s co-curricular humanitarian education and service learning program. The program takes place every Fall and Spring semester in the Greek provinces.  Meaningful Engagement participants attend lectures and workshops in preparation for the service trips and engage in voluntary fieldwork for three to four intense days. Participants gain valuable insight on pressing human rights, social and environmental issues, thus becoming more aware and empathetic global citizens.

With such a diverse set of activities, students of Education Unites saw another side of Greece. As Baidaa Mashhadani (Syria), remarked, in regards to the visit to KETHEA KYTARRO, “before I participated, I thought only refugees of war suffered. I discovered that there is something harder than war; psychological war.” Experiences such as Meaningful Engagement, among other factors, give them hope and inspire them to keep fighting for a better future.

“I hope to continue my work in law”, Baidaa Mashhadani reflects, “to make human rights a reality, not just words on paper or a motto to talk about without doing anything. I hope that all the suffering will end for everyone.”

The impact it has had on them has been profound. Ahmad Al Khadraa (Palestine), was particularly inspired by the Meaningful Engagement trip: “I learned how to turn a disability into opportunity, to use it in a very idealistic way. To prove yourself as a hero and to say to the world to never give up.”

Their impact has been deep on all those around them too, from the ACG staff to the Student Academic Support Services students, who help them study. These students continuously tear down misconceptions of refugees, of the images of people landing on the crowded beaches, of being something different. They prove they are a valuable asset to Greece, Europe and the world. Inspired by the powerful experience of interacting with Education Unites participants, three US study abroad students led the online crowdfunding initiative, “College Scholarship for Refugees: From Students For Students” upon returning to the ACG campus, to support a fellow student who is a refugee to pursue a bachelor’s degree at ACG and inspire others to donate!

If you would like to support Education Unites: From Camp to Campus and the online crowdfunding initiative, you can spread the word by sharing to members of the ACG Community, to friends and family. You can also donate to directly support the cause.

For a sustainable future; a humane future. 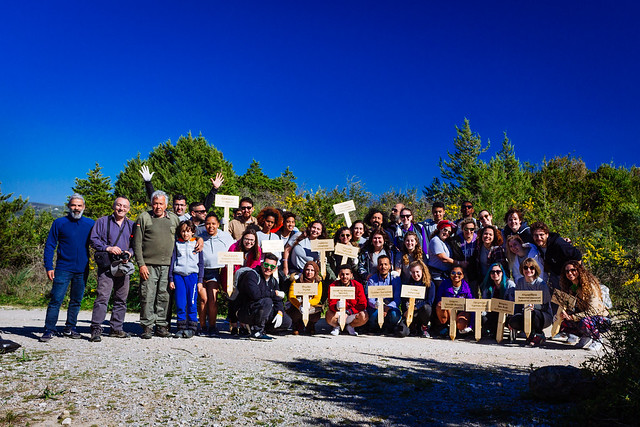