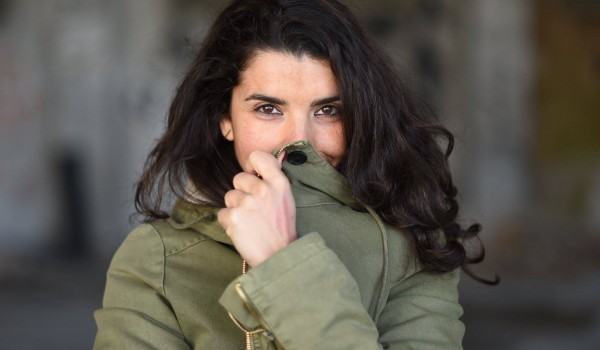 Back then, dilemmas were painless and yet we drowned in a single drop of water. Growing up, we were called to make increasingly difficult decisions, never sure about which path to choose. Only the end result can vindicate or crush us, but by then it’s too late.

It’s the end of the 90’s. Britpop is beating grunge, the present seems carefree and the future bright, and Christina comes of age as she passes her final school exams and gets accepted into university. Her studies will give her not only experiences, but also an acquaintance that will define her future. In a parallel universe, Joachim thirsts for success with an appetite for life, and almost always knows his goal. Mark the Swiss on the other hand, in the beginning of the ‘00s makes a big shift to significantly change his life and to be free. In 2006, when the fever of the Olympic Games has died down, Christina’s trip to Madrid will bring surprises and upsets …

Natassa Exarchou was born and raised in Athens. She studied Finance at Deree, graduating in 2001, while at the same time she received a degree in piano, harmony, and a diploma as a soloist from the National Conservatory of Athens. Today, she works at the Office of College Events of The American College of Greece, and in the past, she taught piano, and has also worked in corporate finance, and as a stylist for fashion magazine photoshoots. And as if all that wasn’t enough, she also designs clothes as a hobby!

Natassa’s first novel, Leave Your Resume (Αφήστε το βιογραφικό σας) was published in 2010, by the publishing house Introbooks. Her latest work of fiction, The Benefit of Doubt (Το κέρδος της αμφιβολίας) was published by Oceanos Books in June of 2017, and can be found in online and physical bookstores across the country.