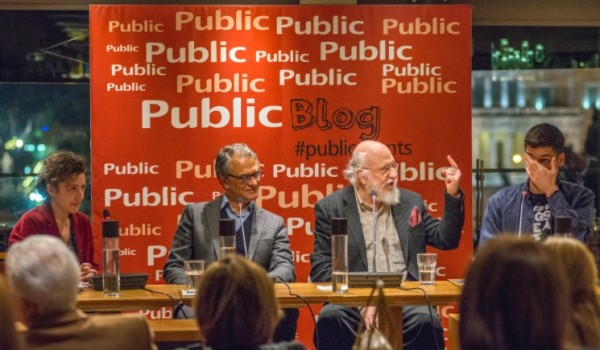 The discussion revolved around the art of the troubadour – given that this year’s Nobel Prize for Literature was awarded to Bob Dylan – and the relationship between poetry and music. Should we consider Bob Dylan and Dionysis Savvopoulos as poets? Was the Swedish Academy right in giving the award to Dylan, given that it was the first time that an American “poet” received this award? Should poetry return to the times when it was set to music, or has poetry followed a different path in the last century? These and other questions were hotly debated by Vlavianos and Savvopoulos, in a discussion that took place amidst a packed audience.

It was a memorable evening for all, and the audience, encouraged by the composer, sang several of his most famous songs at the intervals.