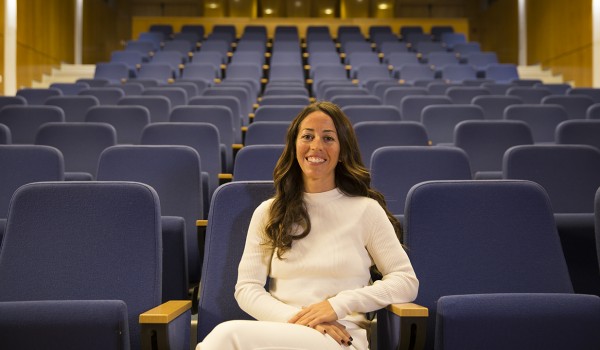 We asked 6 alumni to come back to Deree, and to share their story with us on a campus that once hosted their dreams for the future! From college memories, to how they got to where they are today, these are their stories…

Having acquired a degree in Business Administration and Computer Information Systems, while minoring in Marketing Advertisement, certainly prove that Chris’s actions speak louder than words. Even if his childhood dream of becoming an astronaut did not come true, his love of exploring and living life to the fullest led him to his present as a photographer and editor!

Nourhan’s choice to study at Deree had a major impact on her personality. Ever since she was a child she was shy, and no one thought she had it in her to leave Egypt and study in a different country, with a strange culture and language, but she proved them wrong! The welcoming Greek culture helped her open up and become comfortable with herself. She chose to major in Information Technology and minor in Philosophy, and became increasingly involved in student life, becoming more and more confident!

Rami’s time at Deree taught him the important skill of time-management, as well as the lifelong value of the importance of teamwork. After graduating with a bachelor’s degree in Accounting and Finance in 2014, he is now an Internal Auditor at CCC. Rami always looks ahead, and believes that no one should put limits on their dreams!

Tonia graduated from Deree in 1993 with a bachelor’s degree in History and a minor in Political Science. However, she was won over by the exciting field of communication, and now holds the position of General Manager at V+O Communication. Apart from giving her access to a multicultural campus, Deree taught Tonia to be true to herself, to be moral, and to be conscientious.

Danai graduated from Deree in 2010, with a bachelor’s degree in Entrepreneurship Management. During her time at the College, her love of sports was nurtured by the many athletic facilities that were available to her. The moment of her graduation has been carved into her memory, marking the end of an era. Since then, Danai continued to prove to us all that “everything is possible,” by creating Transition Sports that “organizes races in natural landscapes and inviting participating amateur and professional athletes on a journey of self-discovery.” Their events, are “characterized by safety, perfection, and transparency, constituting the most authentic multisport experience in Greece.”

Joanna’s first exposure to the humanitarian world was her internship at the UN Refugee Agency, following her graduation in 2007. During her time at Deree, Joanna became passionate about European Affairs, and continued her studies, acquiring a master’s degree from LSE. She now works as a Refugee Status Determination Case Worker at the European Asylum Support Office. Her daily interaction with people who have gone through war, has made her an even stronger person than she was, and helped her value all that she has.