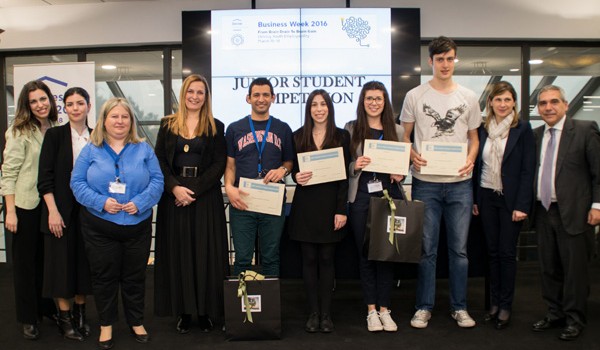 Deree held its annual Business Week on March 15-18, once again successfully strengthening the link between the worlds of business and academia. Organized by the Academic Societies of the School of Business, this year’s events focused on tackling a matter of crucial importance at this time: the socio-economic issue of Brain Drain, which is the emigration of highly skilled or qualified people from their country.

The 11th Business Week included a diverse set of competitions, workshops, and speeches delivered by esteemed alumni, professionals, and academics. The week was defined by the optimism of the participants, and their belief that if we act collectively, we can turn Brain Drain into Brain Gain by building on ideas that satisfy market needs, by expanding opportunities for the youth, and by creating job positions that are appealing to a skilled workforce.

President Horner gave opening remarks, introducing the annual forum as an impressive student initiative that highlights the work done at the School of Business. This year’s keynote speaker Alexandros Nousias, Director of the Hellenic Entrepreneurship Award, noted that since 2011, more than 400,000 people have left the country due to the current socio-economic crisis, the majority of which is in the most productive age group of 20–40 years old, only 20% of whom consider returning to Greece in the near future a viable option.

David Blumenthal, President at Astenbeck Capital Management LLC, underlined the importance of learning from the choices we make and argued that making decisions at an early age is the best guarantee for future success. Other distinguished speakers who shared personal and business insights include Dimitris Tsingos, Co-Founder and Chairman of Blueline, Angeliki Zarra, Integrated Communications Manager at L’Oreal Hellas, Thanos Mondanos, Founder and Owner of Pure Juice Bar, and Afroditi Dellaporta, Manager of the Legal Department at A.M. Nomikos Transworld Maritime Agency.

For the first time, this year’s Business Week also included a competition that was organized in order to generate interest in startup companies. Deree alumna Jenny Lahana (D ‘92), Marketing & Commercialization Director at Papoutsanis S.A., was on the panel of judges along with Pericles Hanakis, Credit Sector, Eurobank. Junior Marketing students presented their ideas for soap products that could be the cornerstone of a startup company.

The judges were impressed by the level of skill and thought the students put into their business proposals, especially considering that they still have little training in the sector. Alumna J. Lahana concluded the competition saying, “I hope you continue to include Junior events like this in the Business Week program, because actively participating in such a forum can be a huge inspiration to young students of the field!”

Business Week 2016 was a great success, leaving everyone who participated or attended, with a sense of hope that the current crisis will not stand in the way of Greek youth who are committed to develop themselves, their ideas, and their country’s potential. 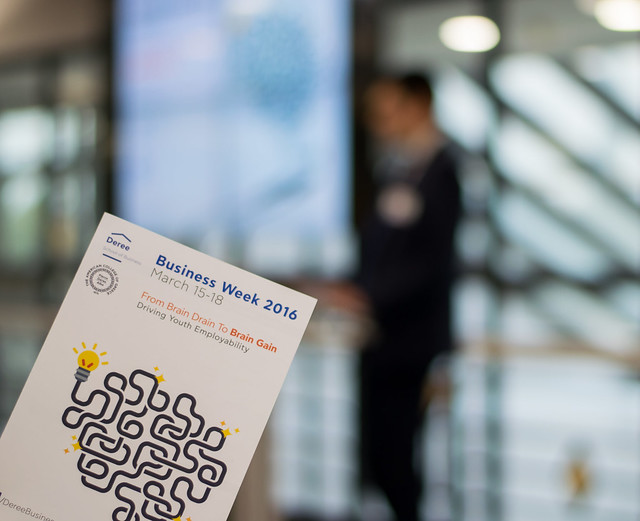