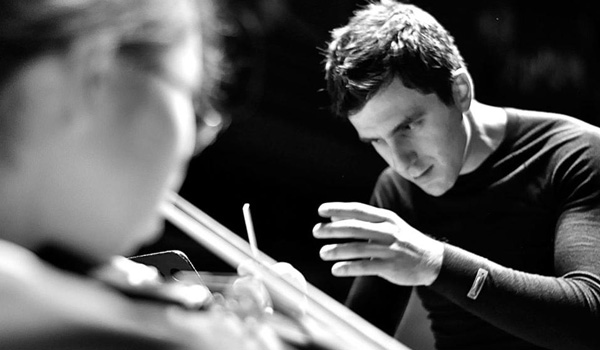 His melodies are enchanting, his talent rare and his character genuine. Panos Karan, distinguished as a world-class piano artist, stands out both for his talent and his social sensitivity.

After graduating from PIERCE in ’00, Panos received his musical education at the Royal Academy of Music. He made his professional debut in the South Bank Centre, London at the age of 19 and in 2004 he was a laureate at the “Jose Iturbi” International Piano Competition, after appearing in the final round with the Valencia Symphony Orchestra.

His virtuoso achievements couldn’t satisfy his passion to spread and share his love for music. In September 2010, Panos founded the charity Keys of Change with the aim to promote and establish musical education and its benefits in remote areas around the world.

Since then, the Key of Change has brought together people from around the world under the alluring notes of his piano. Panos has travelled to the Amazon, Japan, India, Siberia, Uganda and Sierra Leone to perform and introduce his audiences to the evocative power of music.

In 2014 he founded it the Fukushima youth Sinfonietta and performed with them in London’s Queen Elizabeth Hall and Tokyo Opera City.

He traveled five times to Fukushima (Japan) after the earthquake, the tsunami and the nuclear accident, and used his music as a tool in order to enhance the lives of the young survivors suffering psychological trauma from the disasters.

Panos has also been twice to Sierra Leone to work with war torn communities, Uganda and twice to India.

On October 8, 2015 he will perform at Thessaloniki Megaron Recital Hall.

Panos continues to build bridges around the world with his inspirational music.