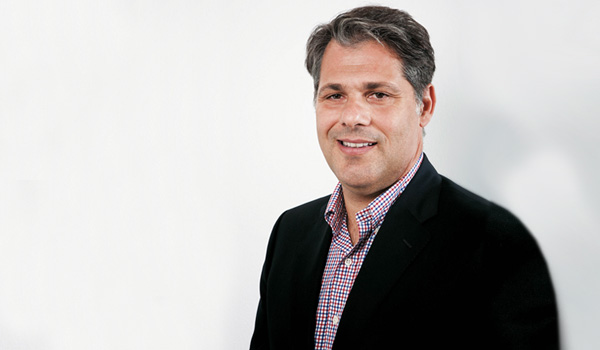 Makis Kosmatos (DEREE ’90) has had a flourishing career.

After graduating from DEREE-The American College of Greece with a degree in Business Administration and earning his MBA from Campbell University, North Carolina, USA, Makis started his career with J. Walter Thompson Advertising S.A as an account executive.

In 1995 he joined Johnson & Johnson Greece as Brand Manager on NEUTROGENA® and worked in different marketing and sales positions.

In 2004 he was appointed Marketing Director in Spain and in 2007 he moved to Italy as Pharmacy Business Unit Director, Makis was promoted to General Manager in Romania in 2008, where he led the Romanian team in order to further expand the market share in the Mass and OTC categories.

In February 2010, he was appointed Managing Director for Greece and in April 2013 the countries of the South East Europe Cluster (Greece, Cyprus, Malta and all Balkan countries) were added to his portfolio.

Since August 2015, he holds the position of Managing Director of Johnson & Johnson South Africa and Sub Sahara Africa, and is responsible for J&J operations in 19 countries.

Q.: What were your favorite subjects, professors at DEREE?

Q.: What are some of the skills or values that you acquired at DEREE that have proven particularly useful?

I gained several skills and values at DEREE. Team work and appreciation of cultural diversity for fellow students are the most important ones. In addition to those I was able to acquire persistence and also learned how to set clear objectives. Apart from these personal skills that I gained, DEREE also helped me gain strong project management skills and trained me on how to become a results-oriented person.

Q.: Have you kept in touch with fellow alumni?

Yes, but only with a few.

Q.: What skills and talents should individuals wishing to enter the field of marketing focus on?

Those wishing to enter the field of marketing should focus first of all on persistence. They should know how to inspire others and at the same time be able to work in teams for the general good. As in all fields, reliability is a must in marketing.

In addition I believe that when entering the marketing field, one should also have a good understanding of numbers and definitely be proactive in this demanding field.

Q.: What would you advise young people who are considering whether they should stay in Greece or seek a better future abroad?

Everywhere can be a battlefield, so you must envision yourself in the future and always try to do your best to get there.

Q.: How has the crisis affected Johnson & Johnson in Greece?

Change, adapt, do things differently, be innovative and win in the consumer mind and the market. Always be ahead of our competitors and understand new consumer and customer needs.

Emerging markets and especially Romania, where the middle class is growing and people have more disposable income.

Q.: What are some of the most important qualities a leader should have in order to inspire their personnel?

Q.: Which marketing campaign is the most unforgettable in your long career?

Actually, it is “Hippocrates”, in cooperation with “The Smile of the Child”. It is a very good example of a CSR activity with substantial impact on the children of Greece that also promotes the Johnson & Johnson ethics code, our Credo.