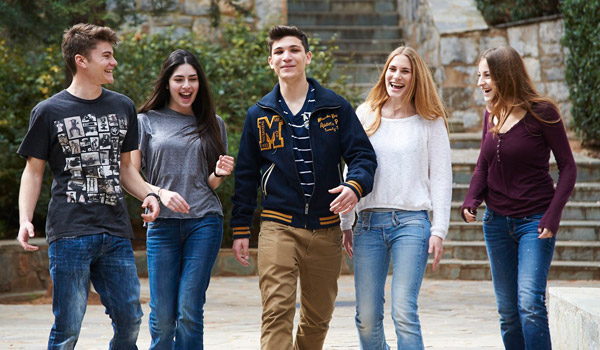 The Administration and teachers of PIERCE-The American College of Greece would like to congratulate the graduates of 2015 for their success in gaining admission to higher education institutions, public universities, AEIs, ATEIs, DEREE and universities abroad.

The numbers were impressive as 84 out of the 88 graduates succeeded in obtaining places in higher education institutions (AEIs), while the remaining four candidates achieved high ratings, which would allow them to enter other institutions (ATEIs).

Another impressive factor was that 7 out of 10 schools that our students had applied were in Athens and Piraeus.

20% of successful candidates will attend Polytechnic Schools (half of them at NTUA).

10% of successful candidates will attend Schools of Health Sciences (4 of them in medical schools, 1 in Pharmaceutics and 1 in Dentistry).

24% of candidates will attend Business Schools.

24% of candidates will attend Schools of Humanities and Social Sciences (of which 2 in Law Schools).

More than 20 PIERCE graduates chose to pursue studies at a university abroad getting a full or partial scholarship. Also, 35 graduates are already pursuing studies at DEREE (either exclusively or in parallel with the public university studies) of which 72% are merit students. PIERCE students continuing their studies at DEREE take advantage not only the numerous opportunities offered such as Study Abroad, International internships as well as a 50% discount on the tuition fees as PIERCE graduates.

Congratulations to our students who once more excelled and made us all proud!!